Brothers: A Tale of Two Sons Comes to Switch Later This Month

The award-winning and emotional indie game, Brothers: A Tale of Two Sons, is heading to Nintendo Switch on May 28th, it’s been confirmed.

Created by Swedish film director Josef Fares (who released A Way Out last year), Brothers has been critically-acclaimed from gamers and critics alike. The game has you guiding two brothers on an adventure to save their ailing father. What made Brothers stick out was its unique control layout which saw you controlling both brothers with a single controller (one brother for each stick).

With the upcoming Switch version, however, a new two-player co-op mode is going to change things up. This new local mode will allow two people to experience the heartwarming fairytale together for the first time. Players can embark on the adventure together, solving puzzles, exploring the wood, and fighting bosses. In addition to that, the Switch edition will also come with exclusive bonus content including behind-the-scenes commentary from Josef Fares and a concept art gallery. 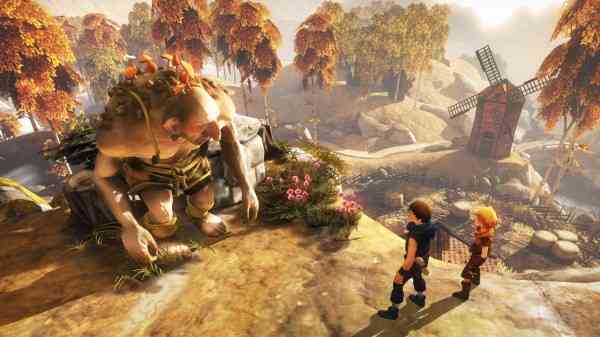 The game will be available only from the Nintendo Switch eShop for $14.99 USD. Players can pre-order now and receive a limited-time 10% discount on the price.

Are you going to pick this one up on Switch? Let us know in the comments section down below.