The Publisher Has Since Apologized For Its Baffling Presence

Ubisoft landed in a tiny bit of hot water this week when players discovered a homophobic slur in Tom Clancy’s The Division 2. The offending image was of a police officer whose badge number read ‘FA6607.’ It’s… pretty hard to miss how gross that is, actually. Ubisoft’s apology is below: 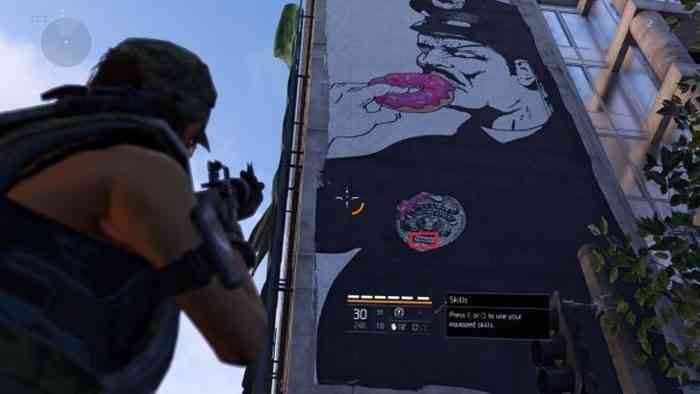 It’s been brought to our attention that a piece of street art in Tom Clancy’s The Division 2 contained offensive content. We removed the image from the game via a patch on Thursday, April 11. We apologize that this image slipped through our content review processes, and we are currently reviewing them in order to avoid this kind of oversight from occurring in the future.

While the content is indeed offensive, it’s also somewhat confusing. Where was Ubisoft sourcing this art? More than that, what the hell is it trying to say, even? There’s plenty of examples of anti-authoritarian counter culture that focus on law enforcement, sure. But they rarely (if ever) rely on leetspeak to get their point across. Also also, the point in question is terrible. Hopefully this ugly mistake will encourage Ubisoft to up their content review game going forward. Tom Clancy’s The Division 2 is available right now for Xbox One, PC and PS4.