We are three days away from the release of Mortal Kombat 11. So many characters have been revealed with so many accompanying trailers. I, for one, thought there might not be anything else left to show off. Silly me, I forgot about post-launch content. Some dataminers got their hands on some code for the Nintendo Switch version of MK11 and started looking into what’s to come in terms of new fighters. You can see this Mortal Kombat 11 leak for yourself on Reddit, but as with this article, there are spoilers beyond. 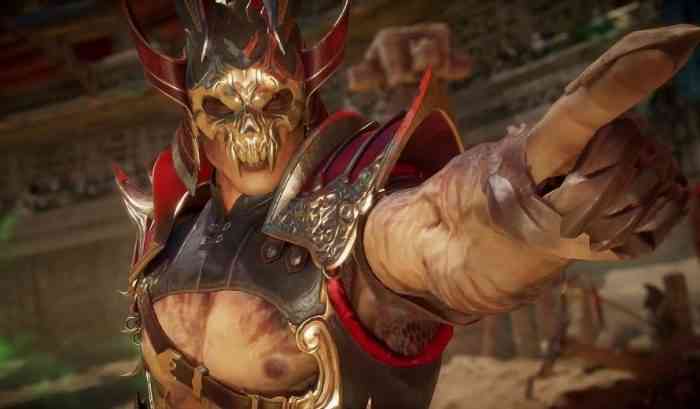 With previous Mortal Kombat games, characters from other series or entirely other mediums have joined the fight. The same goes for some of the Mortal Kombat 11 DLC characters. While some characters coming in the future are native to the Mortal Kombat series, characters like Spawn and Terminator are making their debut in Mortal Kombat. The leaked list is from the 1.0 game files, so this is not the final list of DLC characters for the game; there may be more in the future.The returning fighters on this list include Shang Tsung, Nightwolf, Sindel, Fujin, and Sheeva. The list of fighters from other franchises include Terminator, Spawn, Ash (presumably Ash Williams from Evil Dead), and Joker, who will be returning from the Injustice games.

Sadly, no Shaggy. But like I said, there may be more in the future, so you can continue holding on to false hope. There are also different announcer voices. The options appear to be Johnny Cage, Shao Kahn, Raiden, and Kronika, who is debuting as the main antagonist for Mortal Kombat 11.

Do you like the list of characters set for DLC? Let us know in the comments below.