Do you find yourself in a gaming slump right now? Are you tired of playing the same couple of games each time you’re on your console? Well we’ve got some great news for you! After a deep dive on Amazon we’ve found you the 10 hottest deals on games for your PlayStation 4, Xbox One, or Nintendo Switch. Honestly, even if you love the games you’re currently playing, these titles are pretty fresh off the press to have such big discounts and that’s a reason to celebrate all on its own. You can check out these console game deals below for yourself.

The most recent title in the Battlefield series is on sale right now at a whopping 50% off and it’s only been out since late last year! EA calls it the most intense and immersive Battlefield game so far and you’ll even get a chance to play the all new battle royale mode Firestorm after it dropped late last month.

One of the biggest games of the 2018, this Game of the Year nominee is on sale for 37% off to celebrate the long weekend. If you’ve been waiting to strap on those virtual cowboy boots and ride your horse through the expansive open world created by Rockstar, now might just be the time.

The latest in the longstanding Call of Duty franchise is offering a hefty 53% off right now and even if you haven’t kept up with every game in the series, if you’re curious about the new battle royale mode Blackout this might be the best time to pick the game up at a huge discount.

Releasing over 13 long years after Kingdom Hearts II, this latest game in the loveable franchise is one for the books. With more Disney worlds to explore than ever before including Pirates of the Caribbean, Tangled and Big Hero 6, this fan favorite is a must-buy. Of course, what better time to scoop it up than when it’s 41% off!

Whether your love of the Assassin’s Creed games has blossomed over the years or you’re pretty new to the series, Odyssey allows you to dive into Ancient Greece in style. Sail the Aegean Sea and fight in epic clashes in the latest game in the franchise and there’s no better time than now to do so. Check out the amazing price tag on this one because at 67% off a game that’s only been out for less than 6 months, this one’s a steal.

Metro Exodus has been out for just over 2 months and people are loving it. Holding steady with an 80 average review score on Metacritic, this latest game in the series might just be the one to pull you into the frozen post-apocalyptic world of Russia. Even if this is your first experience with the Metro series, what can really go wrong with grabbing the game at 33% off?

With just over one month on the market, this price tag at 17% off is pretty damn good. Tom Clancy’s The Division 2 has expanded and improved on everything from the first game and it shows with an 82 average review score on Metacritic. Not convinced? Explore the open and dynamic world of Washington, DC for yourself this weekend.

Journey through the wide open world of Anthem, customizing your Javelin exosuits and kicking enemy ass, all whilst looting to become that much more powerful. This cooperative adventure is sure to take you places you’ve never seen before and at 34% off right now, this may just be the perfect time to grab the game on the cheap.

Super Smash Bros. has been around for years and the latest title in the franchise proves exactly why that is. With all new fighters and more content than ever before, discover new ways to kick your opponents out of the ring for good. If you’ve been waiting for a discount, one has now arrived and at 17% off there isn’t much to complain about here.

If you love the How to Train Your Dragon movies, this new game for the Switch will definitely be right up your alley. While it doesn’t follow the same adventures as the movies, it offers players a brand new experience with Scribbler and his hybrid dragon Patch. Solve puzzles together and fly across the fictional world discovering new and familiar locations and all for 25% off! 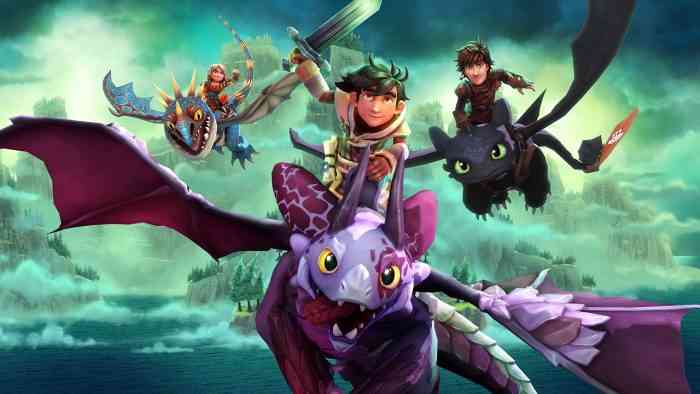 Are you picking up one of these hot new games this weekend? And if you’re looking for some of the best deals available for PC and accessories, keep your eyes peeled for our next deals list, out tomorrow. Keep it locked to COGconnected for the best discounts each and every week, as we try to find you the latest and greatest for all your gaming needs.