Apparently, We Will See Thanos in Fortnite in Time for Endgame

Thanos Will Return in Fortnite Season 8

The most ambitious crossover in history is crossing over with the world’s most popular game. Again. Way back in April 2018, when the world was gearing up for Avengers: Infinity War, Fortnite capitalized on the hype. In patch 4.1 of Fortnite, the Infinity Gauntlet LTM was introduced. This game mode allowed players to become the Mad Titan Thanos in Fortnite. This mode would not be around forever, but apparently, it will return. Get ready to not feel so good, Mr. Stark. Thanks to the work of some dataminers, we are getting a look at some clear hints to the return of Thanos. 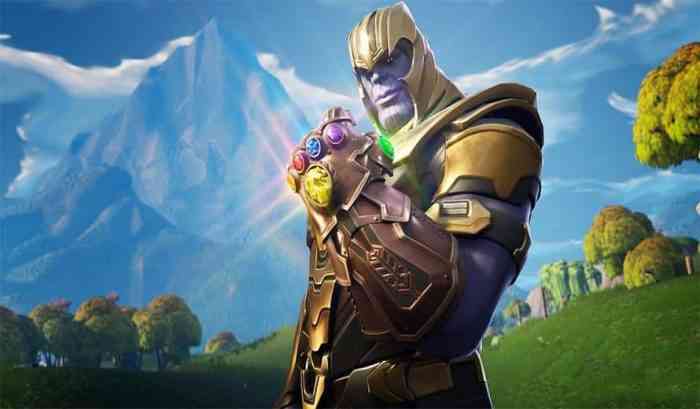 A few images of some kill-feed messages seem to spell it out. These images are provided courtesy of the Twitter user Skin-Tracker. The kill-feed message that catches our eye is “yielded to the POWER of Thanos”. With Avengers: Endgame coming to theaters, why would Epic Games not repeat the successful LTM? So far, no official word from Epic Games, but the data doesn’t lie. Speaking of data, there are some more interesting kill-feed messages in there. “{Killer} unleashed an inferno upon {PlayerName}” sounds like something we should keep our eyes open for.

Avengers: Endgame will be hitting theaters in about two weeks, so if for some reason you’re more excited at the prospect of Thanos coming back to Fortnite, then you should be expecting him quite soon. Keep an eye out for a more official announcement from Epic though.

Do you think Thanos is coming back to Fornite? Let us know in the comments below.