Leaks happen. Sometimes it’s in your bathroom, sometimes it’s in your kitchen. Sometimes it’s in game development studio for one of your favourite series. Whether you want to see these leaks is up to you. That being said, if you do not want to know about what Mortal Kombat 11 characters are confirm or even rumored, turn back now. An image has surfaced of what looks to be a rough layout of the character selector screen recently. I assume it is an unfinished version because of the quality of the character name text and how it does not look very good. It is not a screenshot though, just a picture of the screen so that may also affect the quality. 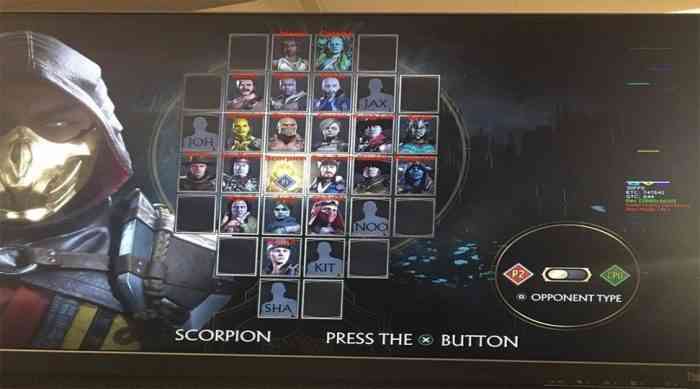 As for the abbreviated names, we know that Shao Kahn will be a pre-order bonus, so he may be SHA. SHA may also mean Shang Tsung. JAX is most likely Jax. JOH probably Johnny Cage since he was confirmed last week. NOO is likely to be Noob Saibot, and KIT is likely short for Kitana. As for the empty nodes, the story trailer featured Shinnok and a new character Kronika, so they may just not have the character art ready for them. This is also not an official image, so take this all with a grain of salt.

Is this leak solid or flimsy? What do you think? Let us know in the comments below.

Official Mortal Kombat 11 RoboCop Trailer Cleans up the Stage
Next
Don’t Miss Out On These Jaw Dropping Deals For the PS4, Xbox One & Nintendo Switch
Previous
New Poll Reveals Some Xbox Gamers Willing To Switch