To many who have played and finished Far Cry 5, the ending seemed like the perfect setup for a story sequel in Far Cry New Dawn. Despite this, Creative Director Jean-Sebastien Decant recently confirmed that wasn’t the plan from the beginning. The rest of this article will contain spoilers, so if you haven’t finished the game, you’ve been warned. 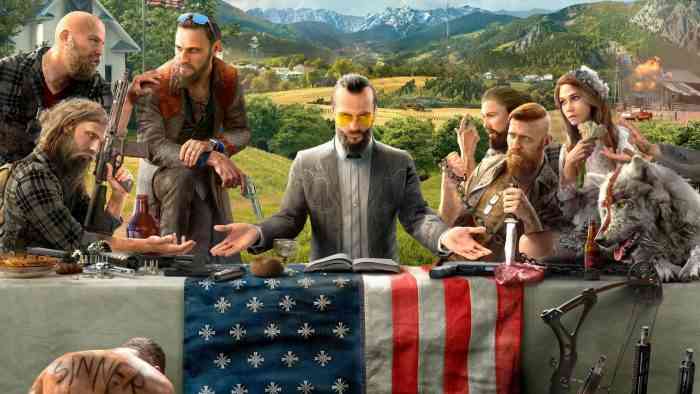 The open-ended way that Far Cry 5 ended, with the game’s antagonist Joseph Seed successfully predicting doomsday, holed up in a bunker as the rest of Hope County is destroyed by a nuclear blast, naturally set the stage for the newest title Far Cry New Dawn. And months later, the newest in the franchise was showcased at The Game Awards 2018, confirming as much.

Despite this, in a recent interview with Dualshockers, Decante stated this wasn’t always the clear path. “It was not always the plan. It became the plan when we started thinking about the ending of the game and we started getting very excited by the idea of finishing with the nuclear surprise.” He continued, “There was a lot of opportunities based on that. We could get into a space that was post-apocalyptic, which is something we wanted to do for years. And at the same time, we could accompany some of the characters and see what happened to them years after. And also see what happened with the new generation that only knows this new world.”

And though the story of Far Cry 5 and setting it up for a story sequel in Far Cry New Dawn wasn’t planned way in advance, Decante does mention that giving players a blank slate character is always planned for the franchise. “What I prefer is to create characters around [the protagonist] with really strong stories like Carmina who is trying to do something for her community.” He continued saying this approach is “giving you the freedom to create the character you want and then creating characters around that are going to bring emotion and narratives.”