We also Explore the Zombies’ Circle of Death, like the Circle of Life, but they’re Dead

No release date yet for Techland’s Dying Light 2, but that has not stopped them from giving us some details. In an exclusive interview with GamesRadar, Techland has given a breakdown of how exactly their zombies evolve and what each stage of evolution is like. They have also shown off some official Dying Light 2 concept art of the creeps. I call the dead one Bitey. The lead game designer Tymon Smektala details the stage of evolution of the zombies and what kind of threat they each pose. 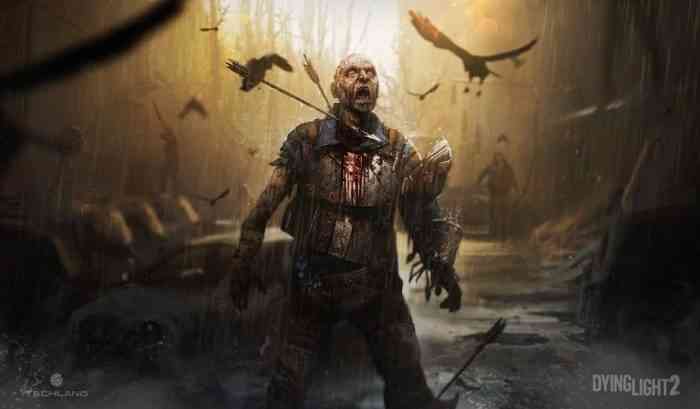 “We have this whole cycle of infected life in the game,” Smektala says. “The infected start as a Viral, which is someone who just got bitten and just got infected, so they still show traces of humanity, and at this point they are very quick, very dangerous – they avoid the sun at all costs. But after some time in that state, they turn into what we call Biters, which are your regular zombies; slowly moving infected that, if able, will try and grab you and infect you or eat you, but the sunlight is dangerous to them, and they are not as quick and as agile as the Virals.”

“And if Biters stay in the sun for a long period of time or under a UV light, they turn into Degenerates; decaying zombies that are very weak with pieces of flesh falling off of them, so they’re not really that dangerous to you. But still you have to keep an eye for them because Dying Light 2 is a systemic game, a lot of things happen emergently. And of course, there’s a different path of evolution for the Infected where they turn into the Volatiles, which are the most dangerous, extreme night predators. If you see them, you just need to run. There’s no fighting with those guys because they will just kill you.” It sounds like the Degenerates are not to be trifled with, as we will learn when the game finally comes out on PC, PS4, and Xbox One.

Are you looking forward to Dying Light 2? Let us know in the comments below.


Dying Light 2: Stay Human Is Coming to Switch Through the Cloud

Dying Light 2 Gameplay Could Be A Fallout Dupe with New Factions
Next
Hunt: Showdown Coming to Xbox One this Spring
Previous
Dataminers Find Flamethrowers, Wall-Running and More in Apex Legends