DICE is fighting tooth and nail to deliver content at their accelerated rate apparently. Since launch, Battlefield V has received several updates big and small. The next may bring the long-awaited battle royale mode, Firestorm. That is if the recent leak is a foreshadow. 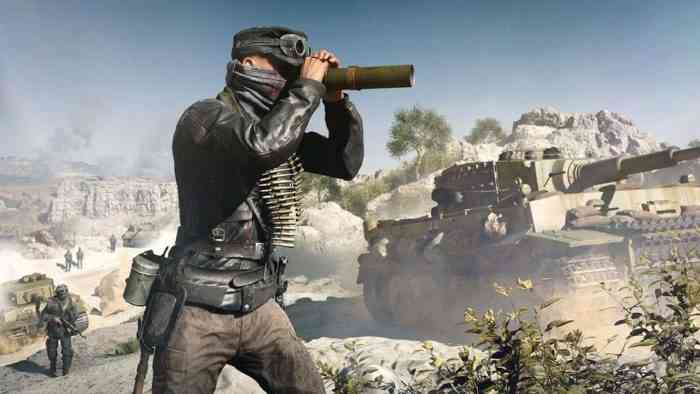 A new trailer (available below) brings an in-game preview of Battlefield V’s battle royale mode. In it, we see all the features that set Firestorm apart from other games with a similar formula. Like its peers, players drop into the map from above and engage in a last-man-standing match. Scattered throughout the map, players can locate various weapons with different rarities. Higher-tier guns come with more attachments and bonuses. There are three tiers in total. Plus, there are some bonuses, like armor, to bolster the player’s chances in battle.

Upon release, Firestorm will offer solos, duos, and squad game modes. Alongside other players, you can go down and receive a revive before bleeding out. Once you bleed out, that’s it; there are no second chances. With a squad, you can probably make better use of the vehicle drops. Beware, however, as anti-tank weapons are also available for pick-up.

Despite the fact that it launched during November of last year, there’s still no word on when DICE’s unique Battlefield V mode will be available. Check back for updates.