The Doctor will See you now 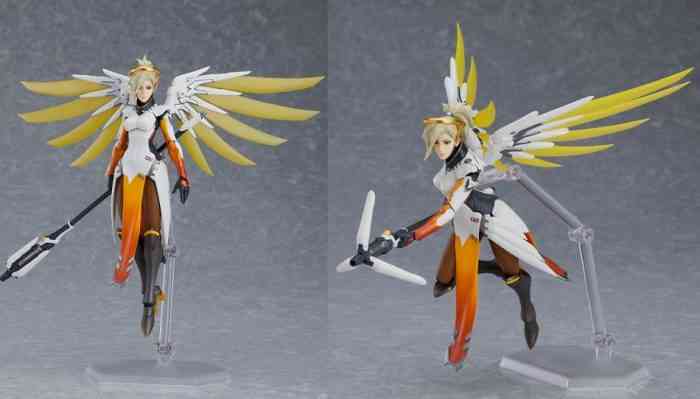 This figure comes with two different face plates for different expressions. Her Caduceus blaster and staff are also included, her staff which can be opened or closed. Mercy’s wings also have detachable effects. Like all Figma action figures, Mercy comes with a clear plastic stand for displaying various poses. She can be pre-ordered right now, but will only “ship by the end of Q1 2020.” You will basically have to wait an entire year for this.

For those of you who do not know, Figma is a brand of action figures/statues depicting your favourite characters. They pride themselves in the nigh-limitless number of poses their figures can strike. Figma’s collection of characters come from animes and video games like Persona, Goblin Slayer, Fate/Grand Order among others. Previous Overwatch characters to join the Figma library have been Pharah, Zenyatta, D.Va, Reaper, Widowmaker, Genji, and Tracer. Now, Mercy statues can be pre-ordered. This expands Overwatch merchandise even further. Just last year, Nerf expanded their line of Overwatch blasters.

Will you be picking up the Mercy Figma? Do any of the other Overwatch Figmas catch your eye? Let us know in the comments. And be sure to keep up to date with all our Overwatch news on our site.

Save the World With Morgana Cosplay From Spain
Next
Save Some Serious Scratch With These Insane PS4, Xbox and Switch Game Deals
Previous
Nintendo Says a “Very High Number” of Its Designers Are Women