Plan Carefully. Your Decisions have Consequences

White Paper Games is the developer behind a 2014 game called Ether One. Ether One earned recognition for the option between simple design gameplay and deeper puzzles that affected the outcome of the story. Now White Paper Games is back with The Occupation. Yesterday, White Paper Games gave us a taste of gameplay in a The Occupation trailer. This new game is set in 1980s England. The player controls an investigative journalist Harvey Miller, who is looking into a controversy surrounding a company promoting the “Union Act”. The Union Act comes following a deadly terrorist attack and Harvey must find out the truth. 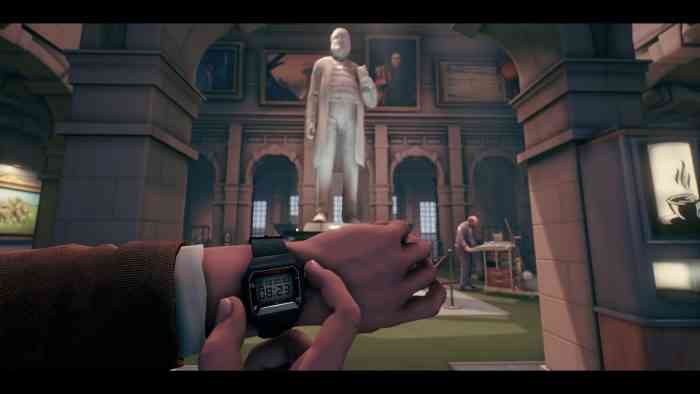 In the trailer, Harvey has a meeting with the public relations executive for the company. He raises questions about the things he finds in the hour leading up to the meeting. The game takes place entirely in real time; a minute in real life is a minute in the game, which takes place over the course of four hours. In preparation for his meeting, Harvey Miller has to trespass, snoop, and steal information, preferably without being seen. Keycards can be stolen, vents can be accessed, outdoor windows can be opened; many different options can be explored just to get into one room.

Getting in and out with the information you need will not be easy. Sensitive floppy discs can be corrupted by metal detectors, there are eyes and ears everywhere. One mistake could end up costing you a lot of hard work. Be careful with the decisions you make and don’t be reckless. The consequences will never be the same! The Occupation comes out on March 5th on Xbox One, PlayStation 4, and PC, and can be pre-ordered now.

Will you be picking up The Occupation? Let us know in the comments below.


Send out Positive Vibes with Kind Words Now on Steam

Talk Your Friends Through Bloodmagic Rituals in Exorcise the Demons

The Occupation Review – Welcome to Whistleblowing 101