Team Ninja has released a new trailer confirming the return of one of the series’ veteran fighters ahead of the game’s imminent release.

Crude dude Raidou returns looking like he fused with Metal Sonic for his return to the Dead or Alive fighting tournament. In the above trailer he tosses Hayate around some kind of industrial facility before taking it to the streets to show the world what he can do. The trailer ends with a bombardment of pre-order bonuses, so be ready for that. 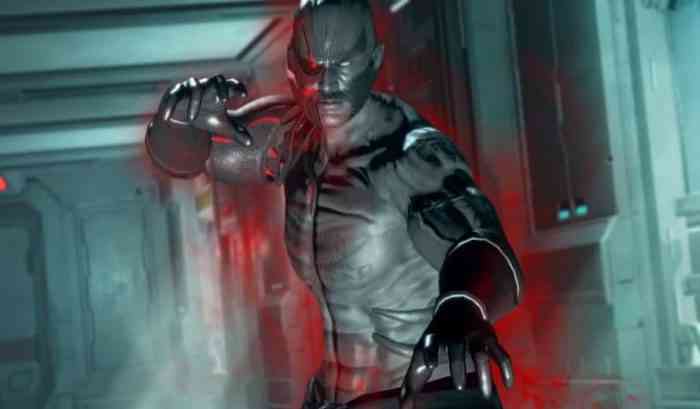 For the uninitiated, check out a bit of Raidou’s backstory from Team Ninja here:

Raidou was thought to be killed during an explosion after the first DEAD OR ALIVE tournament, but his body was secretly recovered and experimented on using DOATEC’s biotechnology, and while that leaves Raidou without a mind of his own, he has now devolved into a madman who only craves strength and destruction.

In other recent Dead or Alive news, the game will have a free-to-play version, and designer Yohei Shimbori recently opened up about the decision to move away from oversexualization of the game’s female characters. Dead or Alive 6 drops on March 1st for PC, PS4 and Xbox One. Let us know what you think in the comments!