BioWare’s Got an Ambitious Support Plan in Motion

Anthem isn’t even out yet but BioWare is eager to show off the game’s post-launch content, the first of which comes in the form of the Echoes of Reality update in March.

Yesterday BioWare gave us a glimpse of Anthem’s endgame content, but they also released a few details regarding post-launch updates which are set to begin as soon as March – which is pretty speedy, considering the game is dropping on the last Friday of the shortest month of the year. These updates are set to release in “Acts,” the first being Act 1: Echoes of Reality, which is set to end in a Cataclysm – which, if what I know about Cataclysms from World of Warcraft is true, should be a pretty big change to the world of Anthem. 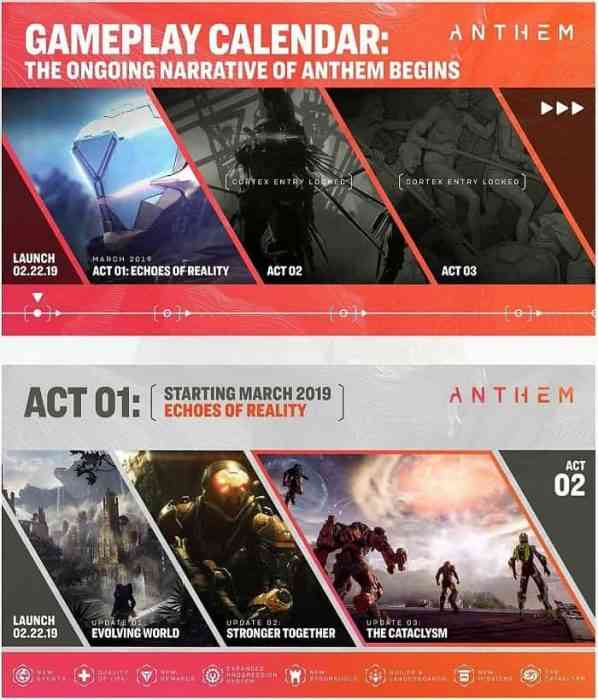 It’s no doubt that the game has been an enormous investment of time and resources for BioWare and EA, so it makes sense that they would sport an aggressive support and marketing campaign, especially in the face of current shared-world genre dominator Destiny 2.

Anthem drops on Friday, February 22nd for PC, PS4 and Xbox One. You can check out what we thought of the recent VIP demo here, and why our own resident Alexander Thomas believes the game doesn’t need PvP to succeed. Let us know what you think in the comments!