Streamer Mang0 Gets Hit With a Ban For Drinking

Everyone likes to have a drink. Who hasn’t had a drink to celebrate something? Who hasn’t had a bunch of drinks to celebrate? Who hasn’t had a bunch of drinks, set up their stream, and fallen on the floor with a drink in their hand? Who hasn’t? Well, most responsible people haven’t, but drinking on a Twitch stream isn’t exactly uncommon. On January 6th, pro Smash player and Cloud9 team member Joseph “Mang0” Marquez allegedly passed out onstream and was subsequently banned for it. The stream took place following the victory of the Philadelphia Eagles over the Chicago Bears. Mang0, being a big Eagles fan, had been watching and drinking beer during the game. He then proceeded to stream after it was over. 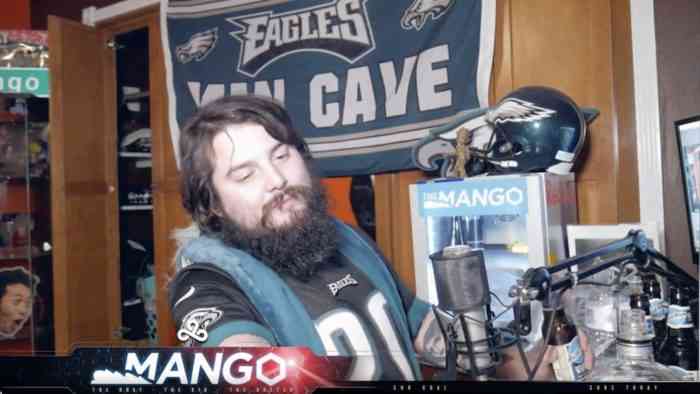 A lot of drinking took place before the stream, so it is unclear about exactly how much Mang0 consumed. However, such acts as drinking liquor off of his EVO trophy suggest how intoxicated he was. Towards the end of the steam, Mang0 appeared to hold up a beer and then fall on the floor for a few minutes. In a tweet following his ban, Mang0 said that it was a joke and that he did not actually pass out. The manner in which he fell also brought into question if it was real. He fell forward with his beer upright, not appear to spill it. If he really passed out, it would have been more likely for him to have fallen back in his chair and fallen asleep.

The reason Twitch gave for the ban was “Dangerous consumption of drugs or alcohol”, which they are not wrong about. According to fans on Reddit, Mang0 drinks quite often on stream. So much that the fans are concerned for his health and well-being. The ban is temporary, lasting for seven days.

Was Mang0’s ban justified? Compared to other infractions streamers have committed, is the consequence just? Let us know in the comments below.

Streamers to Boycott Twitch For a Day, on September 1st
Next
Red Dead Online to Add New Content & Features “Across the Board”
Previous
Final Fantasy X, X-2, and XII Are All Coming to Switch and Xbox One in April