The indomitable, unstoppable Soulja Boy is back, selling consoles once again on his site SouljaWatch. No longer risking a lawsuit from Nintendo, the rapper and/or entrepreneur has turned to Sony for his latest inspiration. Truly, this is the future of bootleg handheld gaming. 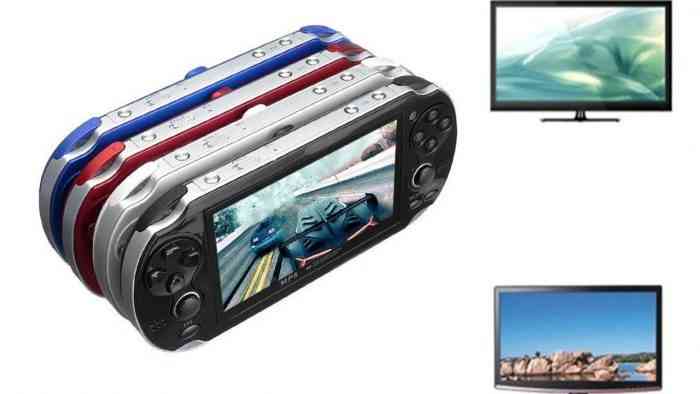 The SouljaGame Handheld is a dead ringer for the PS Vita, featuring a button layout identical to the Sony version. It also sports a camera, support for connecting to PCs and televisions, and something called ‘multi-thread task mode.’ All for the low, low price of $200! Of course there’s a 50% off sale happening right now, so you’d better… act fast?

To his credit, Sony is slightly less litigious than Nintendo. Soulja Boy might even get some sales in before Sony lawyers him into fiery oblivion. Although I truly, sincerely hope that absolutely no one buys a single one of these cheap pieces of crap. For one thing, I’m pretty sure he’s still offering them at something like a 200% markup. Also it’s super illegal, and also also, there’s no way these things actually run as advertised. Please, people. Slap this dumbass on the nose with a rolled-up newspaper by refusing to buy these things.