What Worlds Could We Have Seen?

Toys To Life Games are probably some of the cleverest DLC I’ve ever seen. With Skylanders you needed certain characters to progress through the games. Amiibo weren’t necessary but offered some cool bonus unlocks, but under produced and high in demand which made them popular among collectors. Lego Dimensions just had too many pieces. Disney Infinity seemed to get everything right: fun game play that didn’t require the purchase of the physical figures, but dang if they weren’t well crafted. Due to mismanagement however – Disney put the kibosh on the game after it’s 3.0 iteration, and now information about what Disney Infinity 4.0 could have been is coming to light. 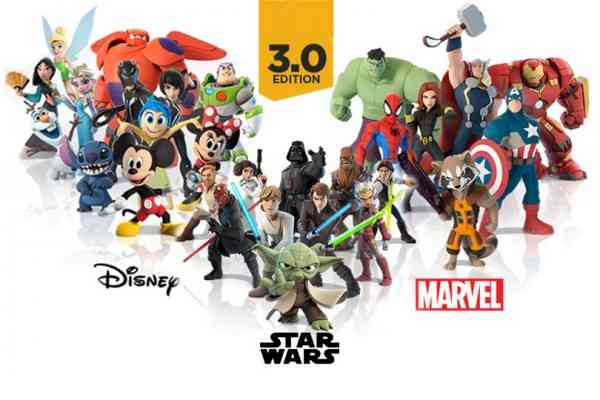 Disney Infinity 3.0 was highly praised, bringing together characters from previous versions with new characters from various franchises, like Sadness from Inside Out, Darth Vader from Star Wars and Quorra from Tron. Sadly, the franchise was cancelled in May 2016. Now, almost three years after the fact, a pre-alpha video of what could have been from Disney Infinity 4.0: Kingdoms has been shared by a user on the gaming forum ResetEra.

It looks like the plan for 4.0 was to combine the worlds of Aladdin and Star Wars for the story, with Aladdin and Yoda leading the player though the world.  While this is certainly a strange combo of heroes, it certainly displays what the power of Disney Infinity was. It’s a shame that it was shelved.

Even more of a shame is that there are still so many worlds that Disney could have covered. There are so many titles that could have been used to build the player base – sure we got a huge chunk of Marvel characters, but there were some noticeable Disney Classics like The Lion King and The Little Mermaid that would have been very cool to see.  (I am told that BOTH of these have been represented in another massive Disney crossover, a little title you might know called “Kingdom Hearts”)

Its a total bummer that Disney Infinity 4.0 was cancelled, especially now that we’re learning more, years later after the cancellation. If you played these games, what characters were you holding out for? Let us know below.