“Our goal for Disney Infinity was to bring the best of Disney storytelling to life in homes around the world, and with your support we accomplished that. We hope you had as much fun playing the game as we had making it.” 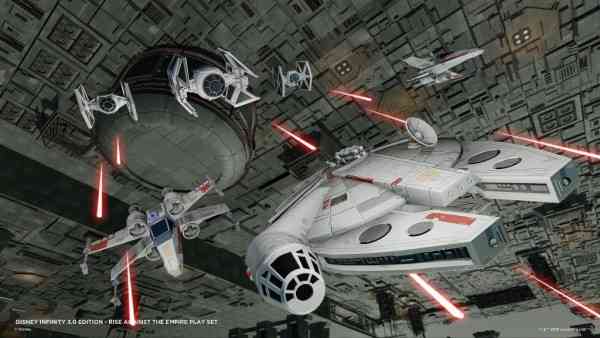 So if things were all going well, why the change of plans? Unfortunately there’s not much information about what Disney Interactive will be up to next. Blackburn does mention the ‘next chapter in our story’, so it doesn’t sound like they’re closing up shop completely. This could be just a change of strategy thanks to the increasingly crowded toys to life market – Skylanders and LEGO Dimensions eat up a lot of spaces on shelves and in consumers’ brains.

Fans of Disney Infinity still have a couple of things to look forward to, with the Alice Through The Looking Glass and Finding Dory playsets coming later this Spring.

COG has always enjoyed the franchise and are sad to see it go, but we’re also hopeful that whatever Disney Interactive gets up to next is just as creative and entertaining! Readers, what do you think? Is this a smart move? What were your favorite Infinity playsets? Let us know here in comments, on Twitter, or Facebook!

Let’s all say a silent prayer for all those toys that will never see the light of day.

Kingdom Hearts May Be Coming to Disney Plus
Next
Jaw Dropping Racer ‘Speed Elixir’ Coming to PC, PS4 and Xbox One Gets Gameplay Trailer
Previous
The Witcher 3: Wild Hunt – Blood and Wine Releases on May 31