This Conker’s Bad Fur Day Statue is a Must Buy, If You’ve Got the Cash

The statue shows Conker himself, sitting atop on his throne with a glass (or goblet) of milk in his hand, looking like he’s going to tear someone a new one, with his crown askew on his head. Anyone who has played the classic 2000 game will remember this scene, which itself was a parody of the opening to the 1971 crime film,  A Clockwork Orange. The statue is quite large, with a height of 16.5 inches, width at 18.5 inches, and depth at 14 inches.

First 4 Figures also uploaded a making-of video that reveals lots of information about the statue and their gaming line of collectables:

While the statue is nothing short of amazing, the price is a little bit steep. There are three different editions — the Standard Edition, Exclusive Edition, and Definitive Edition — which are detailed below (thanks Gameinformer).

Everything from the Standard Edition plus a Commemorative Metal Coin

Everything from the Exclusive Edition plus: 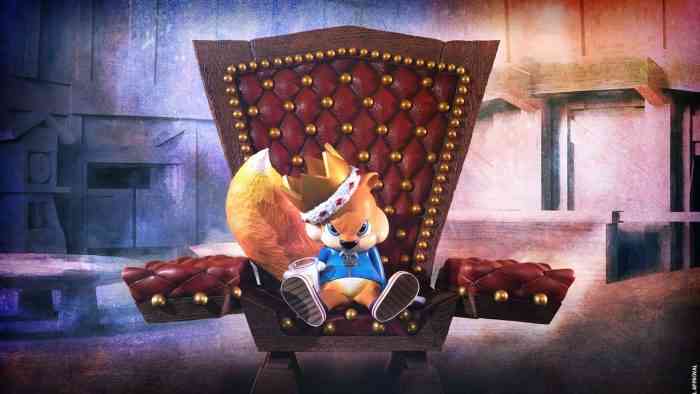 The statue is available for pre-order right this instant from the First 4 Figures’ website. It is expected to ship by early 2020.

Are you going to buy it? Which edition do you plan on getting? Let us know in the comments section below.