Sekiro: Shadows Die Twice Has Been Rated by the ESRB

This ESRB Rating for Sekiro Will Definitely Surprise You

The ESRB has recently released a rating for Sekiro: Shadows Die Twice and it has rated FromSoftware’s upcoming game as “M for Mature”. Sekiro is scheduled to launch on March 22, 2019 for the PC, PS4, and Xbox One. 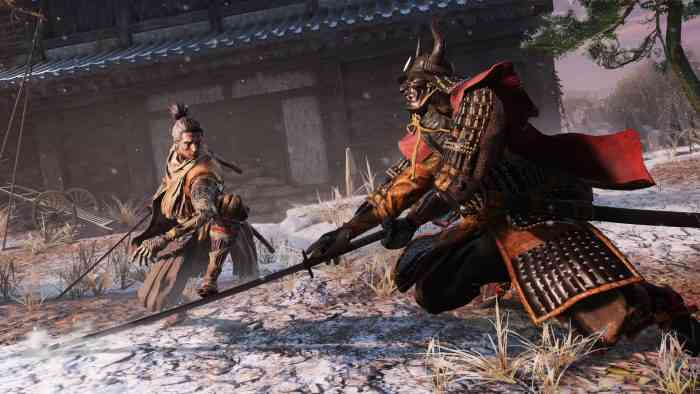 “This is an action-adventure game in which players assume the role of a disgraced shinobi on a quest to rescue his kidnapped lord in ancient Japan. Players use swords and a prosthetic arm to battle members of an enemy clan and supernatural demons in frenetic combat. Large blood-splatter effects occur as enemies are killed; some attacks result in decapitation and/or dismemberment. Cutscenes depict additional acts of violence: a man impaled through the chest with a sword; a child stabbed with a sword off screen.”

Well, that definitely sounds as gory & stylish as the preview gameplay has looked so far. Speaking of previews, we published a detailed preview of the game a few months ago and it had a lot of in-depth info on Sekiro. Go ahead and check it out if you want to learn more about the game.