Minecraft Updates Come to a Stop for Select Consoles

All good things must come to an end. 4J Studios announced that the final Minecraft updates have come for PS3, Xbox 360, PS Vita, and Wii U. On December 18th, 4J tweeted out a picture of the last generation of console and said “As we pack up our Xbox 360, PS3, PSVita and WiiU development kits, we’re getting all nostalgic”. Their machines will no doubt be sent to a farm up North where they will be played forever by all our childhood pets. 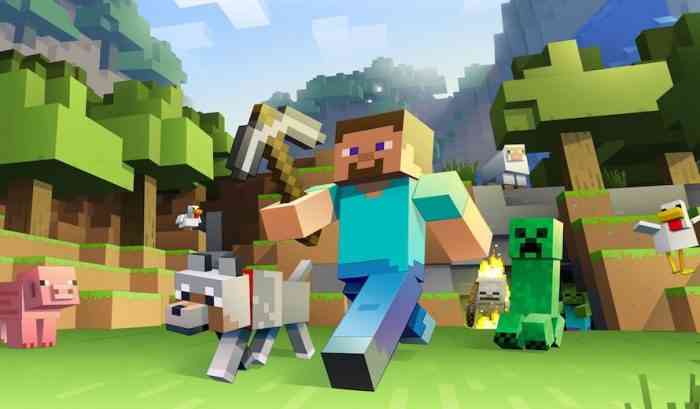 But what is the update?

The new update (and final for some) is called The Nightmare Before Christmas Mash-Up Pack. With it, players can put on the skins of Jack Skellington, Sally, Oogie Boogie, Doctor Finklestein, the Mayor, Lock, Shock, Barrel, and Santa Claus, among other residents of Halloween Town. Blocks, mobs, and items have also been reskinned in themes of Halloween and Christmas. This follows the previous mash-ups like the Mass Effect, Skyrim, Halo, Super Mario, and countless other titles.

Pandas have also been added to the world of Minecraft. Channeling my inner Bubba Blue from Forest Gump, we have Weak Pandas, Strong Pandas, Lazy Pandas, Playful Pandas, Worried Pandas, Aggressive Pandas, and Brown Pandas. I think that’s it. Anyway, each type of panda has its own trait. Strong Panda hit harder and aggro when you attack other pandas and Weak Pandas sneeze “gross slime” and have fewer hit points than other pandas, just to name a couple.

There are also six new trophies to acquire. Minor bug fixes, adding a few new dye colours, and bamboo, which can be used to feed pandas or build scaffolding are other Minecraft updates included. The change logs can be viewed on minecraftforum posted by user padware from 4J Studios.

Are you one of those few people who still play Minecraft on these consoles? Is this the beginning of the end for Minecraft? Let us know down below. And keep up with all our other Minecraft news on our site.