Funcom Has Revealed Conan Unconquered with a Glorious Cinematic Trailer

Earlier this year Funcom released Conan Exiles for the PC, PS4, and Xbox One and it seems they’re keeping people invested in the series with a brand new announcement. Today at the Kinda Funny Games Showcase the publisher unveiled their latest upcoming title Conan Unconquered. 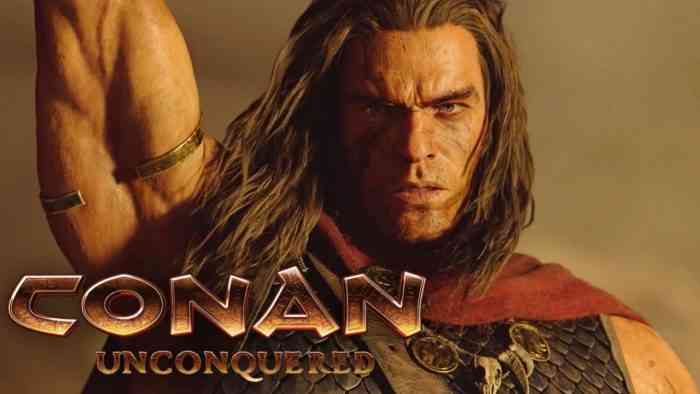 Funcom has held the Conan video license for some time, first releasing the MMO Age of Conan on PC back in 2008 and it’s far from the end for this barbarian. In addition to the announcement of this brand new title, Funcom also gave fans a few more details. According to the game page on Steam it will be a strategy title where players will have to build strongholds to outlast enemy attacks. “Conan Unconquered is a strategy game set in the barbaric world of Conan the Barbarian where you must build your stronghold and assemble an unconquerable army to survive the savage hordes of Hyboria. Wave after wave of increasingly more difficult enemies will rush at your gates and you will need to manage resources, research new technologies to advance your defenses, and recruit an ever-growing army if you are to save survive utter destruction.”

Funcom briefly teased Conan Unconquered earlier this week when they took to Twitter to reveal a new Conan game would be announced at the Kinda Funny Games Showcase. Conan Unconquered is being developed by Petroglyph Games, the company best known for their work on the upcoming Command and Conquer remasters. You can check out the cinematic trailer of the Conan action below.

So when will we actually get to play the game? According to Funcom, Conan Unconquered will be released for PC in Spring 2019. Are you excited about this brand new barbarian title? Let us know your thoughts in the comments below and don’t forget to keep it locked for updates.


Season Gets an Interesting Reveal Trailer

NHL 21 Being Revealed Next Week

Call of Duty 2020 Reveal to Be Engaging and Different
Next
Super Smash Bros. Ultimate Is Already This Year’s Best-Selling Video Game on Amazon
Previous
The Best Deals On Over 30 Different Console Titles That Will Make Amazing Gifts And Won’t Break The Bank