A short video of pre-alpha gameplay for Beyond Good and Evil 2 was recently shown and the video gave some details about this anticipated prequel’s mechanics. The game’s customizable vehicles, some of its open world, and a massive metropolis named Ganesha City are also shown.

According to the video, the protagonist of Beyond Good and Evil 2 is a space pirate captain who’s customizable and has a default loadout comprising of a gun, sword, and jetpack. Also, this game can be played either solo or in the drop-in/drop-out co-op mode.

Additionally, co-op doesn’t have a player tether so players won’t be forced stay near each other if they don’t want to. 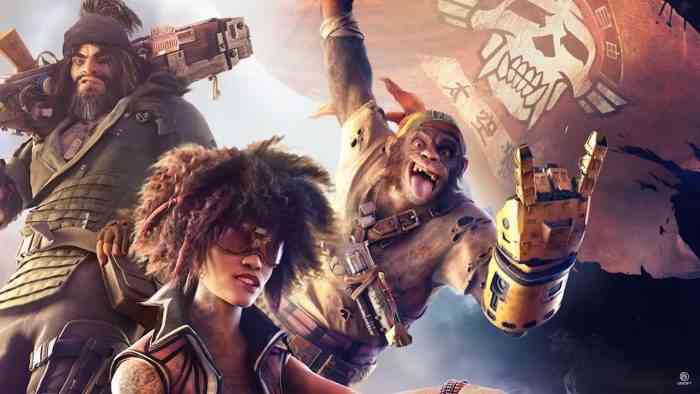 Players will also be able to equip different special abilities (or “augments”), such as one that creates a bubble that can slow down time, and these augments can be used in combat against enemies. However, enemies also have augments and players will be able to see what those augments are by using the game’s spyglass.

Here’s a basic rundown of how the spyglass works: it lets you see the skills of NPCs and these NPCs can be fought or recruited to your crew.

Now, all these features sound pretty interesting but when is this game coming out? Well, Ubisoft hasn’t given a release date yet and Beyond Good and Evil 2 still hasn’t been officially confirmed for any platforms. It may be a while until series fans can get their hands on this game.