Fortnite’s About To Get Messy

The latest addition to Fortnite’s wacky array of limited-time modes pits teams of twelve against each other in a food-fight to the death! 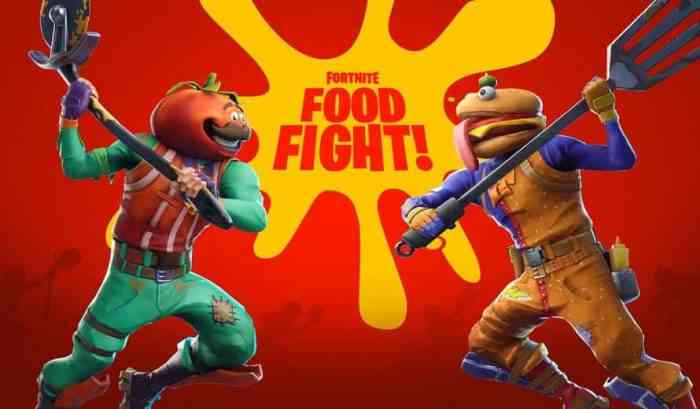 In Food Fight, two teams of twelve are tasked with protecting one of two of the game’s fast food mascots: Durr-Burger or Tomato Head. At the beginning of the match, a barrier prevents players from entering the opponent’s territory, allowing each team to fortify their defenses for the incoming battle. Players have a seven second respawn time and keep the contents of their inventory when they come back.

The new update also brought a mounted turret to the Battle Royale mode, as well as some UI improvements and a new revolver to the Save the World mode. You can check out the full patch notes for v6.30 here!

In other recent Fortnite news, the game’s new NFL skins have reportedly already been removed from the store, and it’s player count has surpassed 8 million.

Fortnite is currently available for PC, PS4, Xbox One, Nintendo Switch, and mobile devices. Let us know if you’ll be checking out the new Food Fight mode in the comments and keep it locked to COGconnected for all the latest gaming news!