THQ Nordic has made it easier than ever to experience the entire Darksiders trilogy. If you haven’t yet played the first two games and are curious about the newest, you might want to pre-order. 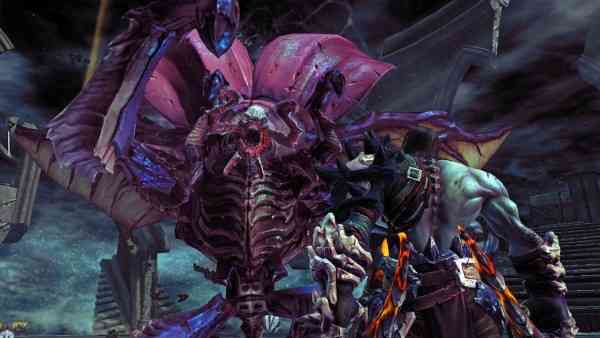 That’s right, anyone can pre-order Darksiders 3 and receive the first two games at no extra cost. According to a press release, a Darksiders 3 pre-order comes with Darksiders: Warmastered Edition and Darksiders 2: Deathinitive Edition. Starting today, buyers can download the former and play until the latter arrives later this month. Moreover, games downloaded from the Microsoft store come with native 4K enhancements. These are the most beautiful iterations of each game, and they might pale in comparison to the final installment.

To receive the 4K versions of Darksiders 1 and 2, you must pre-order Darksiders III Blades & Whips Edition, which is available for $89.99. Additional content rewards, beyond the first two games, will land later this month for anyone who pre-orders. We expect to learn more about the bonuses on the bloody road to November 26, when Darksiders 3 finally arrives. It’s been a six-year wait, and THQ has more gifts in store for fans who’ve waited six years.

At the time of this writing, THQ Nordic hasn’t specified whether or not the pre-order bonus applies to every retailer. The press release link offers GameStop purchases, but the product is also available on Amazon, BestBuy, and Target. Will you be playing the entire trilogy? Let us know in the comments below.

Players return to an apocalyptic planet Earth in Darksiders III, a hack-n-slash action-adventure where players take on the role of FURY in her quest to hunt down and dispose of the Seven Deadly Sins. The Charred Council calls upon FURY to battle from the heights of heaven down through the depths of hell in a quest to restore the balance between good and evil and prove that she is the fiercest of the FOUR HORSEMEN. FURY is a mage, her form evolving throughout gameplay and with it, her powers and weaponry. The expansive Darksiders III game world is presented as an open-ended, living, free-form planet Earth, dilapidated by war and decay, and overrun by nature. FURY will traverse back and forth between environments, battling other-worldly creatures and unlocking puzzles while advancing the Darksiders story. Scheduled to release worldwide November 27, 2018 for PC, PlayStation® 4 computer entertainment system and the Xbox® One family of devices, including Xbox One X, more on Darksiders III can be found here: https://darksiders.com/