Xbox is adding a handful of new titles to its Netflix-for-Games subscription service, Game Pass, and one of them is joining on the same day it launches. 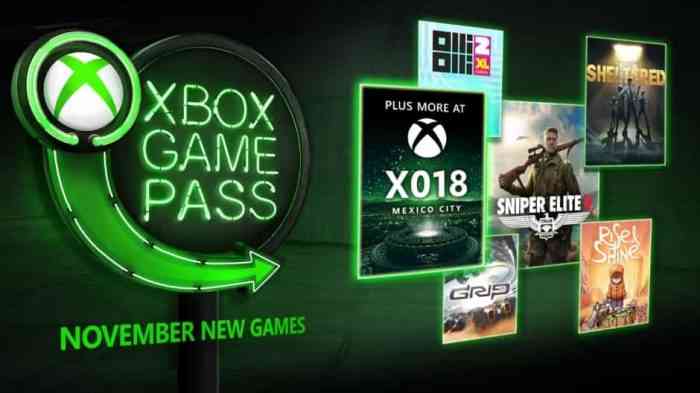 Sniper Elite is a third person, stealth-action game, while Olli Olli 2 is a 2D skateboarding game with local multiplayer and Free Skate modes. Seltered is a “post-apocalyptic bunker simulator” similar to Fallout Shelter or This War of Mine, and Rise and Shine is about a young boy named Rise taking on an alien invasion with hand-drawn artwork.

Additionally, Grip: Combat Racing will be joining the Game Pass roster when it drops on November 6th, and features a full single-player campaign and “Carkour Stunt mode,” along with 22 tracks, 15 armored combat vehicles, and PVP. The game also supports up to four players in split-screen local multiplayer.

In other recent Game Pass news, a new report points to the service coming to PC sometime soon (as it’s currently exclusive to Xbox One), and just last month it got another handful of games including Xbox exclusives Quantum Break and the Master Chief Collection. Let us know if you’ll be trying out any of the new titles in the comments, and keep it locked to COGconnected for all the latest gaming news!