This Collector’s Edition Will Spirit-Bomb Your Wallet

During the Tokyo Game Show, Bandai Namco unveiled a ton of information surrounding pre-order incentives, post-launch content, as well as a collector’s edition and dates for a closed beta for the upcoming Shonen Jump fighter, Jump Force. 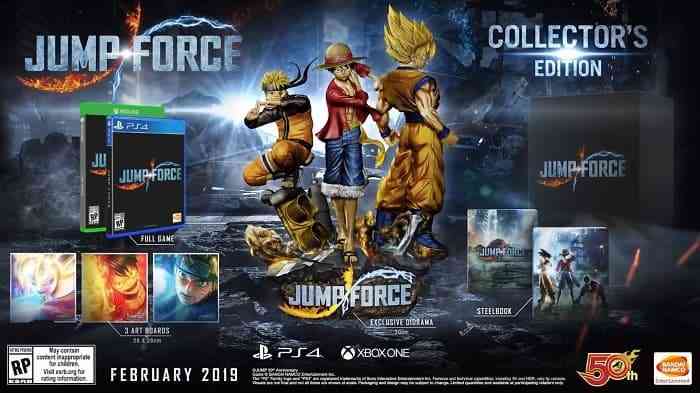 First up, the collector’s edition will include the game itself, a 30cm diorama statue of Goku, Naruto and One Piece’s Luffy, along with a SteelBook case, art boards featuring the aforementioned characters, and a handful of other items that have yet to be revealed. Apparently it’ll retail for $260 USD. (Thanks, IGN!)

Additionally, those who pre-order the title will receive Frieza’s hover pod as a lobby vehicle, as well as three exclusive costumes. 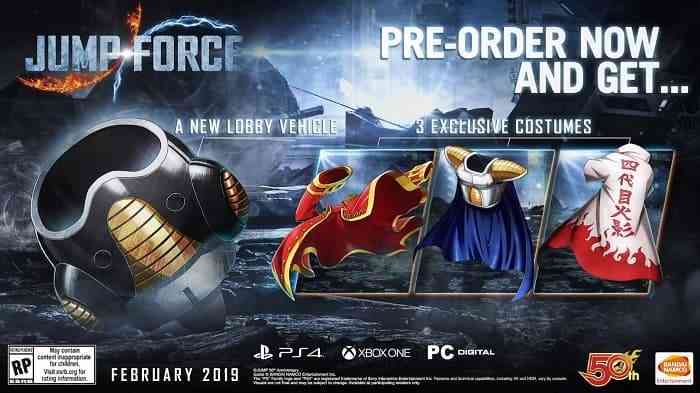 A season pass was also announced which will bring 9 new unannounced characters to the game, and PS4 and Xbox One players can register for a closed beta until October 7th that’ll take place from October 12th to 14th.

The news comes alongside a new trailer announcing a plethora of new characters from the Tokyo Game Show, that also reveals Jump Force is set to launch in February 2019. Let us know what you think in the comments and keep it locked to COGconnected for all the latest gaming news!