Trials Rising, the next entry in the stunt-focused motorcycle platform series, will launch on February 12th, 2019 for PS4, Xbox One, Nintendo Switch, and PC, Ubisoft has announced.

Developed by Ubisoft RedLynx, Trials Rising is aiming to be the “biggest and most compelling sequel of the franchise to date.” It features over a hundred tracks spanning the globe, a new Tandem Bike mode, as well as a new notification system that will notify you when a friend has beaten your score. Also new is the Stadium Finals event during Career mode that pits you against seven other players in an elimination-style competition. A successful win means unlocking more Leagues.

Players can start pre-ordering either the Standard or Gold Edition of the game on their platform of choice. The Standard Edition, as you may expect, will include the base game while the Gold Edition adds the Expansion Pass, 2 major DLC’s, and more for only $49.99. Pre-ordering now will also net you the Jungle Rider Pack (a gorilla suit) and the Wild West Rider Pack (a cowboy outfit) alongside six new items, five for your rider and one for your bike. 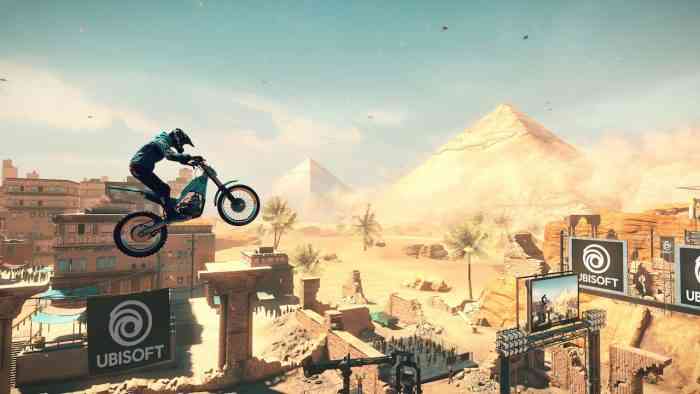 Ubisoft also announced the dates for the Trials Rising closed beta — they announced it was coming at E3 2018 — on PS4, Xbox One, and PC (sorry Switch owners). It will take place next month from September 13th to the 16th. Only selected players will be able to participate in the closed beta. Fans can register for their chance by clicking here.

Are you stoked for Trials Rising? Let us know what you think in our comments section below.