The Hype Is Real, and You Can Ride It

The Spider-Man hype train has been building for a while now, and it’s coming to a creative head. Sure, PlayStation 4 gamers have every reason to be excited, but Sony is trying to get all of New York City onboard the hype. To that end, they’ve created a literal hype train with Marvel’s Spider-Man artwork. 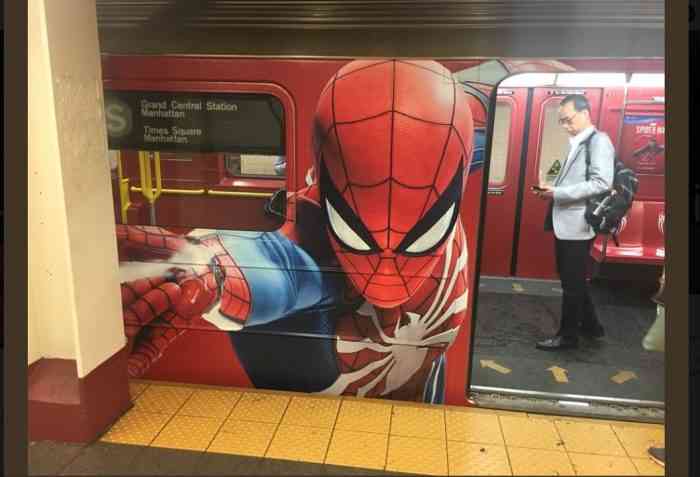 You think I’m joking? Down below, you can get a load of the subway car that’s emblazoned with the deep red of Spider-Man‘s key art. Thanks to James Stevenson on Twitter for procuring the photos.

Sony has locked in their advertising campaign, and they’re aware that many PlayStation 4 owners are counting down the days until the game’s release. After all, we’re just three weeks away from an open-world New York City littered with comic book villains. Therefore, the big company is utilizing every available avenue (or railway) of advertisement to make sure the rest of the world knows: Spider-Man is coming.

Thanks to Mike Brady for the additional subway close-ups.

What are your thoughts on the Spider-Man hype train? Have you pre-ordered your copy of the game? In case you haven’t, don’t forget that pre-orders come with special cosmetic and gameplay bonuses. Until next time,

Marvel’s Spider-Man: Miles Morales Does Away With Loading Screens