Get a Taste of Generations Ultimate When the Demo Drops Tomorrow

Monster Hunter Generations Ultimate’s western release is just around the corner, so it’s only appropriate that a demo would release just a little under two weeks before Switch owners get wrasslin’ with the Anjanath.

Master all 6 Hunting Styles and all new Prowler abilities on August 16 with the free #MHGU demo! pic.twitter.com/5NdFLSbYoF

As you can see in the tweet above, the demo will include all 6 hunting styles and new Prowler abilities when the demo hits the Switch tomorrow. It’ll likely be similar to the Japanese version of the demo, which included 14 different weapons and three different monsters to fight. 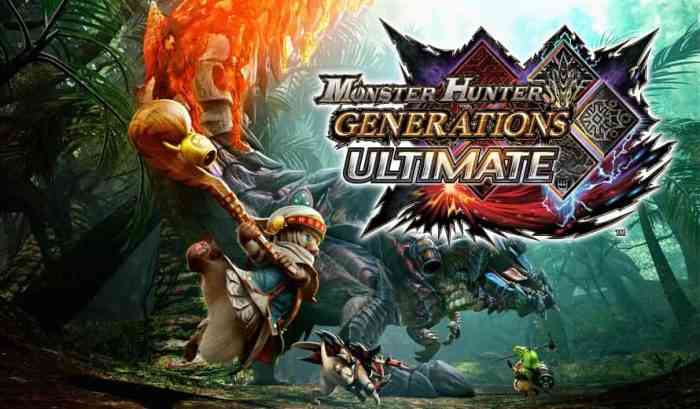 Monster Hunter Generations Ultimate launches this coming August 28th exclusively for the Nintendo Switch, and will include a Zelda crossover in the form of special armor. In other recent Monster Hunter news, Final Fantasy’s Behemoth is currently available to challenge in MH World, and Capcom recently announced that the series would be receiving a 3D animated special, on top of a live action film.