Dead or Alive 6 Brings Back These Two Iconic Characters

Leifang and Hitomi Return in Dead or Alive 6 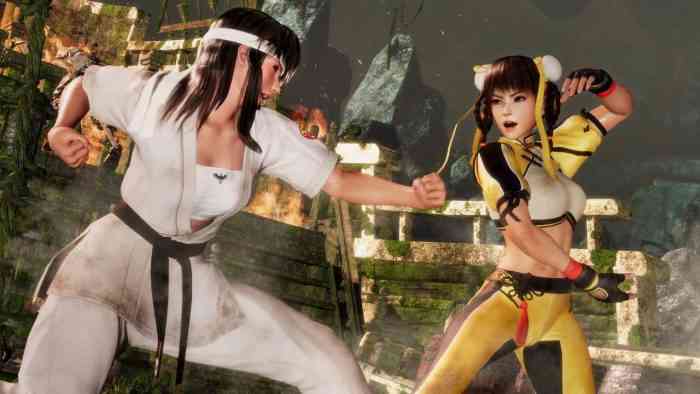 Both fighters, as well as a new interactive stage, were announced today and will make their debut at Gamescom this week in Cologne, Germany.

Below is a refresher on Leifang and Hitomi, just in case you’ve been away from the series for a while:

“Leifang, known as the T’ai Chi Ch’uan Genius, is the master of using her opponent’s power against them, countering assaults thanks to her flawless Sabaki and Inashi parries. She employs a variety of effective holds to gracefully counter enemy attacks, all the while hoping to prove her strength and capabilities as she pushes forward through the DOA Tournament.”

“Joining Leifang in DOA6 is “The Fist of Innocence,” Hitomi. The 20-year-old of mixed German and Japanese descent is a well-balanced karate expert; utilizing speed, power, and a long reach to take down opponents thanks to a straight punch that is equally beautiful and terrifying. Hitomi specializes in using techniques that combine both offensive and defensive elements in one smooth strike.”

The brand-new stage called Forbidden Fortune is described as being “dynamic” and features an old pirate ship with skeletal remains and shiny gold treasure. By smashing your opponent through the hull, you’ll not only find the treasure but also a giant Kraken guarding the loot. It sure sounds like craziest stage yet for the series.

For more on Dead or Alive 6 make sure you check out how the series is hoping to break into the realm of esports with the newest game.

Dark Deity Officially Heading To The Nintendo Switch Next Year
Next
After Launching on Steam, Monster Hunter: World Ships Over 10 Million Units Worldwide
Previous
Forza Horizon 2 Will Be Delisted from the Xbox Store in September