Game Pass Gears Up for a Summer Event of Its Own

Following the addition of a handful of new games and a hard push for their Netflix-for-games service at E3, Microsoft has announced the Xbox Game Pass Quests: Summer Edition, and the grand prize is a gold-plated Xbox One X. 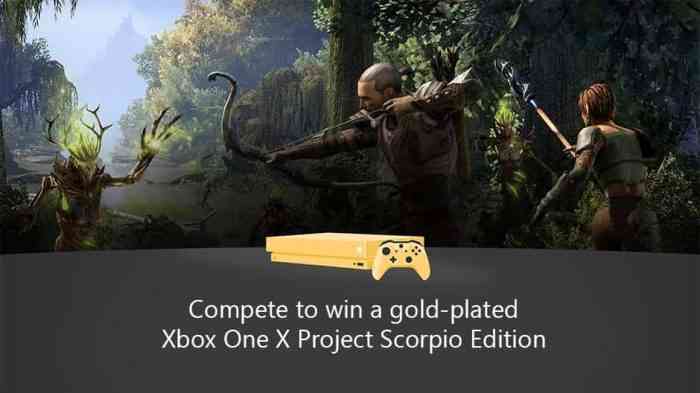 Starting today, Xbox Game Pass subscribers in Canada, the UK, and the US can complete quests to win in-game items, and an entry to win the grand prize, with new quests dropping every two weeks. Players can also keep track of their progress online on the official Xbox website.

The event’s first quests are:

The guaranteed prizes for completing both quests are a pet for Elder Scrolls Online, the Foxtrot Basilisk. The pet was originally available for free to players with an active Xbox Live Gold subscription until this past December.

The next set of quests will unlock two weeks from today on Tuesday, July 17th.

Let us know if you’ll be participating in the summer quests in the comments and keep it locked to COGconnected for all the latest gaming news!