A new survey by Childcare.co.uk reveals that the majority of parents in the UK don’t pay attention to video game ratings. Over 50%, in fact, let minors play products rated for consumers 18 years of age and older.

The survey in question accounted for a total of 2,000 parents, over half of which let their children play mature-rated games without their prior knowledge of the content or supervision. In other words, mothers and fathers frequently have no clue if their child is harmlessly yelling bolshevism in Fortnite or mutilating demons in DOOM. This comes as no surprise, however, to anyone with any knowledge of the industry. While the ESRB does exist to determine what content is suited to which age groups, the ratings, more often than not, get ignored.

We are living in an age where video games innovate by the second, to the point where they rival other mediums. That said, 18% of the parents told the survey they wouldn’t let their children aged 10-14 watch mature movies. Yet here we are, with participants saying they don’t follow age restrictions in games that can mimic what is readily available in film, all because it’s a different medium. Interesting times indeed. 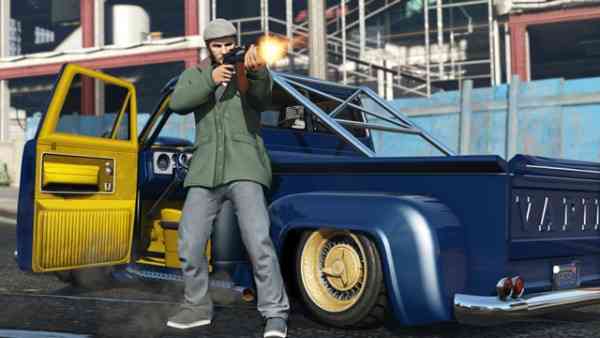 In total, 86% of survey participants admitted they don’t follow age ratings on video games. 100% of them were parents of children between ages 5 and 16, and 72% were mothers. While we’re digging through survey details, 53% were parents of boys while 47% were parents of girls. And one last interesting tidbit, 43% revealed that they saw negative changes in their children’s behavior after they experienced games geared toward adults.

Every now and again, despite clear age restrictions, video games still come under fire for their effects on minors. We previously witnessed a large Fortnite media debacle, and we still don’t know what came of President Trump’s meeting with industry personnel. Childcare.co.uk founder Richard Conway delivered some insight into the state of games and minors:

“It’s difficult in this day and age to govern what your child is exposed to, because if your 10-year-old has friends who are playing Fortnite, which is rated 12, you want them to be included in the fun. However, it’s always worth looking into the game to see if it’s suitable rather than leaving them to their own devices.

“What’s interesting is that the majority of parents follow film age ratings, but when it comes to video games they maybe aren’t as strict. It’s important to remember how impressionable children are; if they see behaviour or language in a video game or movie, they may mimic it.”

Any thoughts? Feel free to comment them down below.