As we reported on Saturday, the build-up to Season 5 of Fortnite is getting ridiculous and out of control in the best of ways. After a build-up to a rocket launch tore a hole in the space-time continuum, objects have been making the transition from Fortnite to reality. 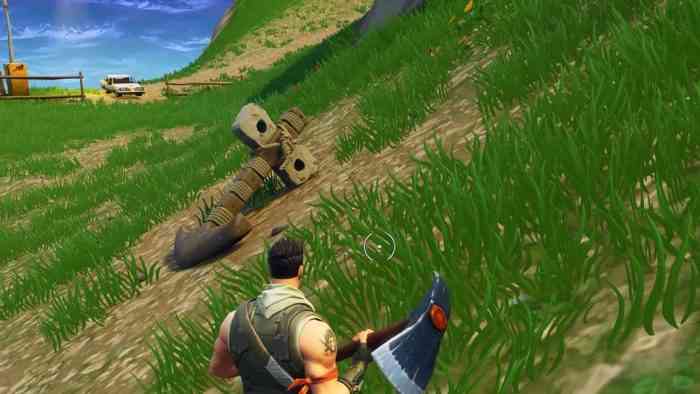 On Saturday we reported on Durrr Burger appearing in a California desert, and the appearance of a mysterious anchor in-game. Since then, an agent has appeared at the site of the “anomaly,” giving out a business card with a phone number on it. When you call the Iowa-area-code number, an audio clip of the sound the rifts have been making plays. After the audio on the phone call changed, a bunch of reddit users figured out that the audio translates to a code “067 000111.” In the same thread, a user named legoandmars figured out that the 067 is ASCII code for the letter “C” and the 000111 is binary for the letter “7,” overall translating to C7. On the Fortnite map, C7 is the location of Greasy Grove, where Durrr Burger was located before it got sucked into our world. Players are now wondering if and when the next clue will come from the rift in Greasy Grove. Perhaps a cactus? Or a jar of dirt?

The agents card as requested pic.twitter.com/CgxXrXYj8S

Over the weekend, a bunch of the game’s Llama mascots have begun appearing across Europe. They’ve popped up in London, England; Barcelona, Spain; Warsaw, Poland; and Cologne, Germany. 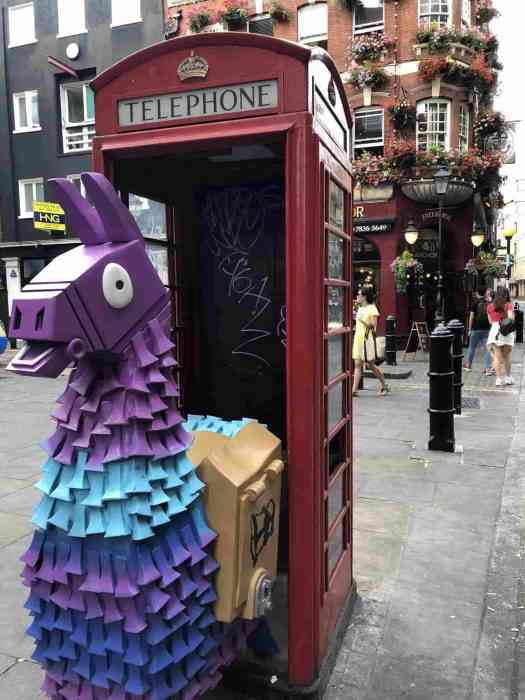 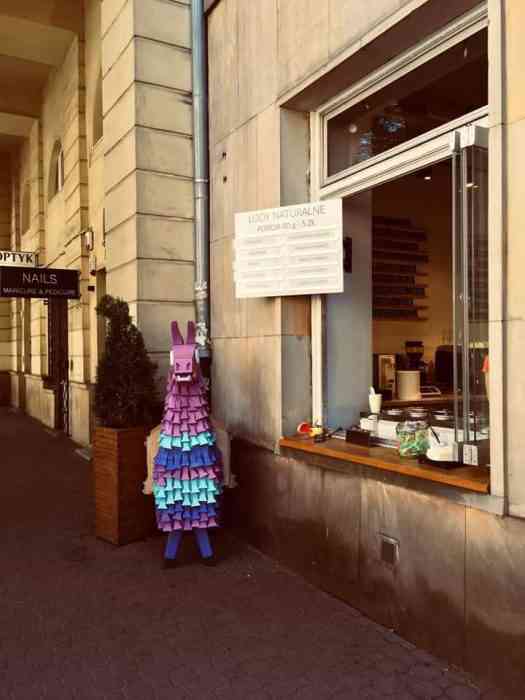 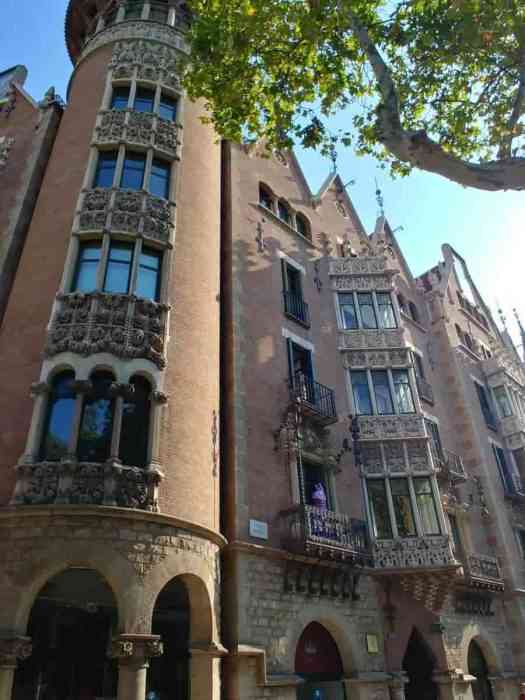 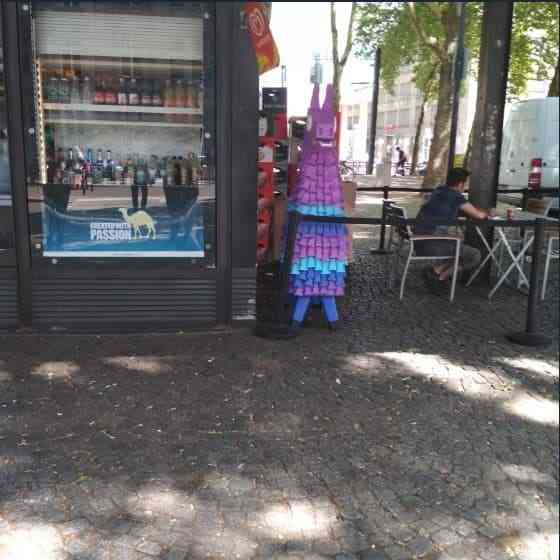 Additionally, a few days ago, a Twitter account by the name of Fortrise Leaks posted an image that had been datamined from the game’s files:

The portals could now spit out these models to the map: pic.twitter.com/3jAbn4Iwdc

That anchor is the very same one we reported on this past Saturday, and since then the stagecoach and bones have both been spat out of a rift near Moisty Mire, leading players to believe that the area will be transformed into a Wild West-themed area when Season 5 kicks off. 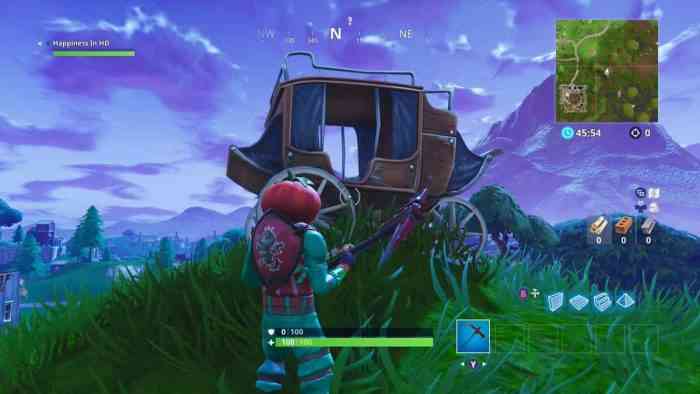 Earlier today, Epic put out an update in-game as well as an official Season 5 teaser image featuring a bizarre mask. The in-game version of the image is accompanied by the title “Worlds Collide,” stoking fan theories of time travel and various kinds of themes coming to the Battle Royale shooter’s map. 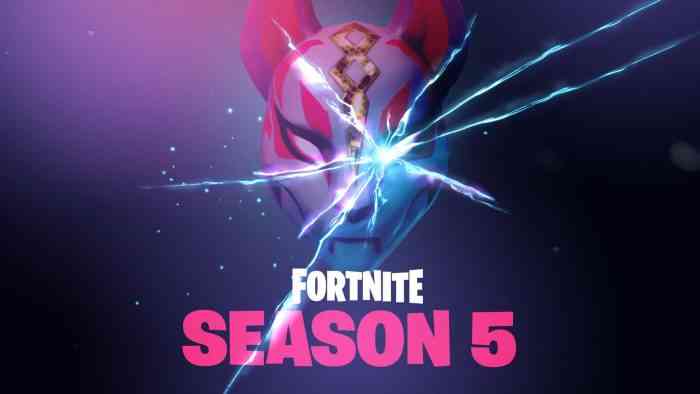 Some fans are claiming that the mask resembles the Egyptian Cat Goddess Bastet, while others think it could be a Kitsune mask. Kitsune means Fox, an animal that commonly appears in Japanese folklore.

In my time personally covering all this wackiness leading up to Season 5, I came up with a theory of my own that I shared in the last article:

Personally, I don’t think it’s too far-fetched to think that the new map could be based around a myriad of things as opposed to one single theme. There’s also the theory of time travel being included in some way. If you combine all of these theories as well as some of Season 4’s costumes, you get an idea that the new map could be based around the Golden Age of Hollywood, when westerns, detectives, and adaptations of various mythologies dominated silver screens across the world. The fact that Durrr Burger showed up in California, where Hollywood actually is, lends itself to this theory as well, along with the Noir costumes, the Drum Gun, Moisty Mire’s film sets and the cameras appearing across the map, and the theme of Season 4 itself, Superheroes, which currently dominate our film industry.

If anything, I find that the idea of the mask relating to Egyptian or Japanese mythology ties in with my own theory, as samurai films were regularly popular and considered a key aspect of the Golden Age of Hollywood (or international cinema in this case), and Egypt was a prominent location in biblical-adaptation films of the time (Lawrence of Arabia, The Ten Commandments).

But most notably, the “Worlds Collide” title is a reference to a 1951 film titled “When Worlds Collide,” whose IMDb description reads “As a new star and planet hurtle toward a doomed Earth, a small group of survivalists frantically work to complete the rocket which will take them to their new home.” Sound familiar?

Keep it locked to COGconnected for all the latest news as this story develops.