The Sole Survivor Heads to Florida

The team behind a Fallout 4 mod titled “Fallout: Miami” recently released their first official trailer. The mod has been in development for quite some time and the trailer has extensive in-game footage of the mod.

In Fallout: Miami, the base game’s protagonist, The Sole Survivor, heads down to Florida after hearing about a well-paying job of some sort and then encounters all kinds of craziness. The mod plans to have a new main quest, new side quests, new factions and more.

According to the mod’s official website, there are several new factions that the player will interact with during their time in post-apocalyptic Florida such as The Nuclear Patriots, The Dreamers, and The Cubanos. 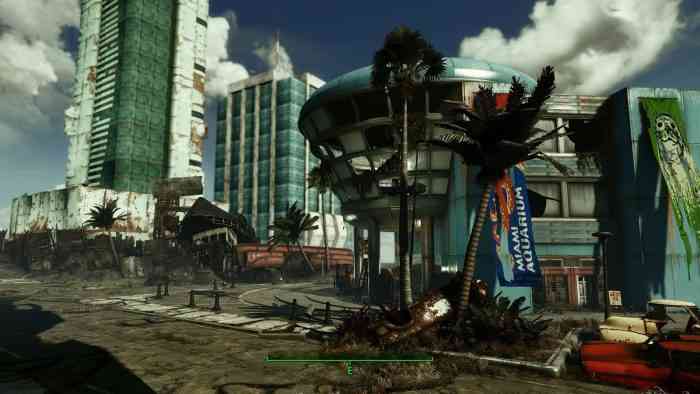 The mod itself is set in a “large section” of Miami Beach and the game world is going to be “slightly larger” than the Fallout 4 DLC “Far Harbor“, according to an FAQ on the mod’s subreddit.

As for whether or not the official Fallout factions (such as the NCR) will be featured in the mod, the FAQ stated that the mod team doesn’t “plan to bring back multiple factions or characters from previous games.”

“We are instead focusing our efforts on introducing some new factions that are fitting for the unique culture and history of Miami,” the FAQ post continued. “We hope you will like them as much as older, more familiar factions. Don’t rule out certain aspects from older games making an appearance however.”

Fallout: Miami doesn’t have a release date right now and there are currently no plans to bring it to consoles, per the FAQ.

Bethesda’s Starfield Will Have More Than 150,000 Lines of Dialogue
Next
NBA Playgrounds 2 Renamed to NBA 2K Playgrounds 2, 2K Publishing
Previous
The GOG Version of ‘No Man’s Sky’ Doesn’t Have Multiplayer Yet