The Devil’s In the Details

A month after it’s poorly-kept-secret unveiling at E3 last month, Capcom has decided to reveal a few more details about next year’s Devil May Cry 5, including technical aspects and story hints.

In a recent interview with Famitsu (via Silicon Era), Capcom revealed that the team is working hard on achieving a consistent 60 frames-per-second on top of photorealistic graphics and the frantic action the series is known for. The team is also trying to balance the art style with gameplay and are changing the motion cancel mechanic so that it won’t skip the animation to complete the action.  Capcom also revealed they’re scanning 3D clothing to supplement the photorealistic style they’re going for as well as humans.

In regards to story details, Capcom says that Dante has a reason for his newfound “wildness,” and that the developer wanted Nero to be “at the top of his game in body and mind,” and is a reason for the game being set a few years after Devil May Cry 4. Capcom also teased that Nico’s relationship with her tattoos is a “secret,” and that the third character on the right hand side of the game’s key art (below) is a playable character. 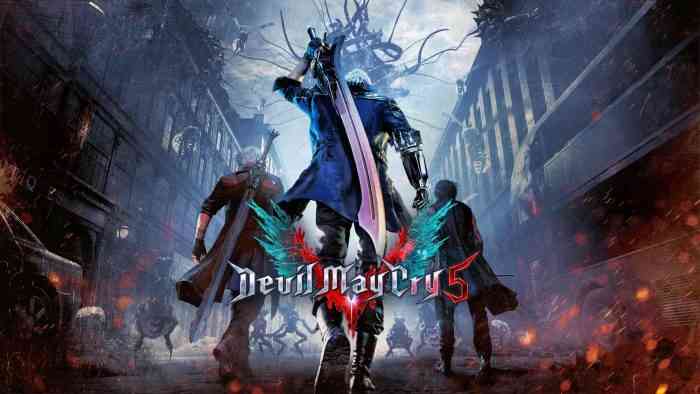 The developer also recently revealed details regarding Nero’s lineage, and confirmed that DMC5 would be hitting PC, PS4 and Xbox One before the end of March 2019.

Capcom plans to have new info and a playable demo of Devil May Cry 5 at Gamescom next month, and have declared making it the peak of action games in the Heisei period (ranging from 1989 to roughly April 2019).