Bowser Jr Was Too Powerful After All

It looks like an upcoming patch for Mario Tennis Aces will be balancing out the character roster. In particular, Bowser Jr is getting nerfed, as he’s just too dang powerful. The overpowered Koopa kid has been kind of awful to end up playing against, so Nintendo is doing a tweak or two. 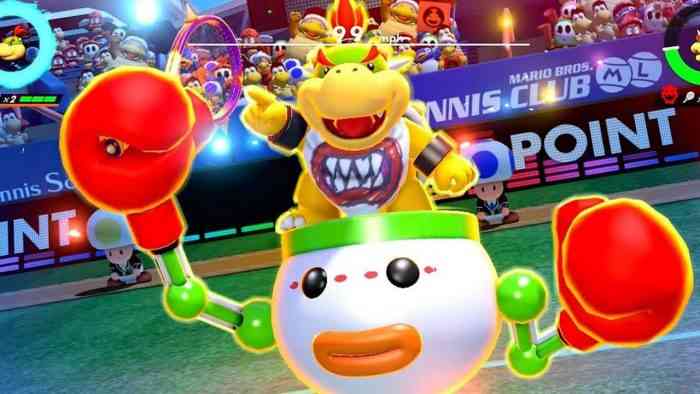 Patch 1.1.2 will be adjusting the entire character roster so Bowser Jr is less of an unstoppable powerhouse. Also, trick shots will get a little harder to spam, which is probably for the best. The window to pull them off is shrinking, as well as the distance they can travel and their target area.

It makes sense, as current matches are more or less a flurry of trick shots and superhuman feats. Sure, it’s unbalanced as heck, but isn’t it also crazy fun? Of course, for the many people who have been living in mortal terror of Bowser Jr and his merciless assaults, perhaps the game is less fun. After all, it’s better to have at least a chance of victory, even if you have the reflexes of a bus driver in the midst of an ambien binge. You can check out our review for Mario Tennis Aces here.

Genshin Impact Version 1.3 is Coming This February
Next
‘Crysis’ Multiplayer Shutting Down in October
Previous
Sega Infomercial Celebrates Release of Sonic Mania Plus