As usual, E3 2018 was chock full of accessory manufacturers showing off their various goods. Bionik Gaming is one of the more interesting ones, showing off a few cool things, mostly for making your Nintendo Switch experience more comfortable. 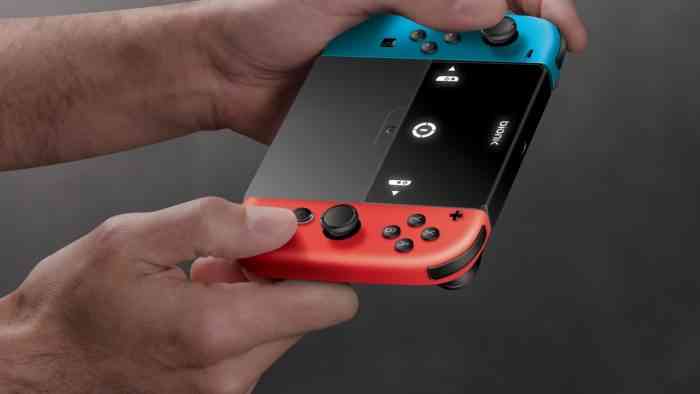 Bionik gaming was also showing off an ethernet adapter for the Switch dock, allowing you to have a (thank god) wired connection to the ‘net. The adapter actually fits inside the Switch dock’s little door too, so it’s uber stealthy besides being super functional.

Other products included the upcoming Switch commuter bag for holding all your Switch stuff, the Lynx series of cables which are (admittedly nicely made) cables, and the Quickshot trigger mod for PS4 and Xbox One controllers.

Bionik says Quickshot shortens the throw on your triggers, making them more responsive in shooters. The PS4 version amounts to stick on trigger extensions that I wasn’t too crazy about, but the Xbox One version actually has a switch to change the throw on the triggers, which should appeal to lots of gamers at the $19.99 asking price.

Bionik gaming products are well built and durable (both by reputation and from going hands on), so if you’re interested you can check out their full line right here and order from retailers like Amazon.