The Next Step In Cereal’s Conquest of Earth

If you’re the sort of person who aggressively collects Funko merchandise, this is great news that almost certainly won’t require you to build some extra shelves in your house. Funko cereal is on its way to a store near you later this year. 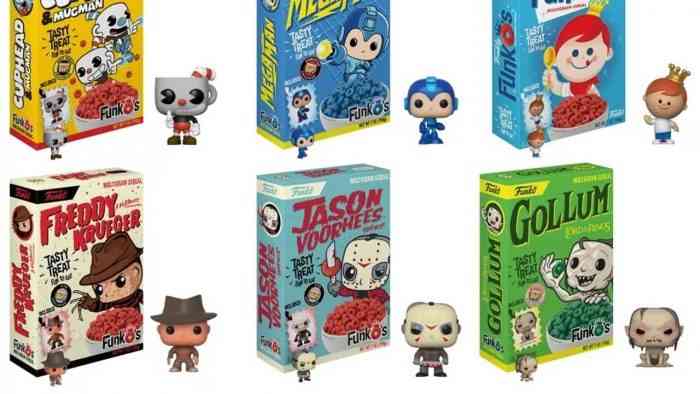 For the gamers out there, you’ll be happy to know that two of the six varieties of cereal coming out are gaming-themed. We’ve got Cuphead and Megaman cereals incoming, as well as one that looks like the Funko mascot, Freddy. Coincidentally, Freddy Krueger is also getting his own cereal. A tiny bit confusing, but at least the two characters are using the same color for their respective cereals.

Each flavor comes with their own Funko figures, which leads me to believe that this entire venture is just a new Funko Pop! delivery system. If you’re one of the few holdouts who doesn’t already have thirty of these things infesting your nerd cave, perhaps the cereal angle will be what tips the scales for you. Personally, it’ll take nothing less than a super-sized Funko mech that other smaller, less interesting Funko figures can ride inside, Megazord-style. Please tell me such a thing doesn’t already exist, I’m already running out of money.