Sega’s military-themed RPG series, Valkyria Chronicles, launched its latest installment in Japan earlier this year to acclaimed reviews, and has finally been given a release date for the west, as well as a snazzy “launch” edition, as well as a premium edition full of collectibles. 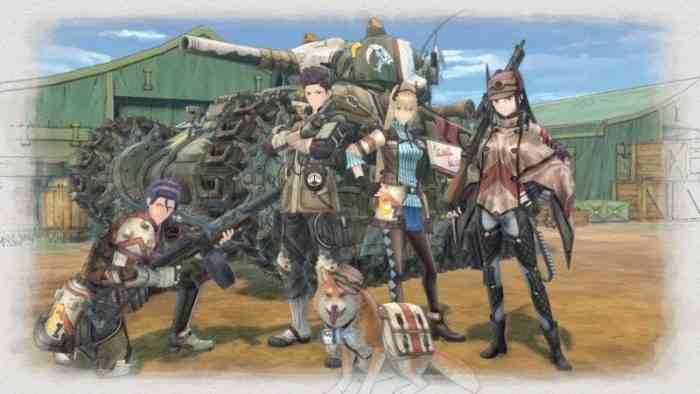 Pre-order and “first run” physical copies of the game will be branded as the “Launch Edition,” and comes with a controller skin featuring the game’s medic dog, Ragnarok.

The meatier, more expensive “Memoirs from Battle” edition comes with two special missions featuring characters from the original Valkyria Chronicles, a 100-page artbook designed as a journal belonging to the game’s Commander Claude Wallace, a collector’s box, and a vinyl replica of the game’s Hafen tank. It’ll retail for $99.99 USD. 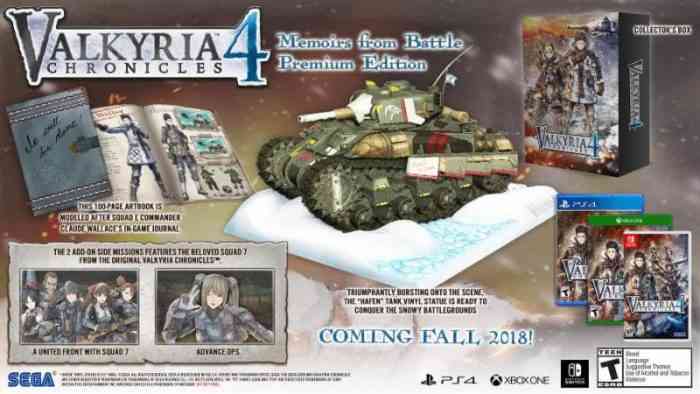 It’s worth noting that when the game launched in Japan, a $40 season pass containing 4 new missions was released on the same day. Nothing about that same season pass has been said regarding the western release, but in the modern gaming industry, you can likely count on hearing about it sooner or later.

Valkyria Chronicles 4 rolls into battle on September 25th, 2018 on PC, PS4, Xbox One and Nintendo Switch.

Let us know which edition you’re picking up in the comments, and be sure to keep it locked to COGconnected for all the latest gaming news including tomorrow’s Devil May Cry livestream and the visual upgrades coming to the Resident Evil 2 Remake.