In an update on the official Capcom-Unity website, the developer announced that following the announcement of Devil May Cry 5 at E3 last week, Street Fighter V: Arcade Edition will receive an update adding costumes based on characters from the demon-destroying-hack-n-slash franchise, as well as a single Mega Man villain skin, as well as loot boxes.

Ken’s costume is based on Dante’s Devil May Cry 4 aesthetic, including the Rebellion sword equipped on his back during fights. Using an alternate code will set him up with a second set of armor, Gilgamesh, including back armor, a mask, greaves, and gauntlets. 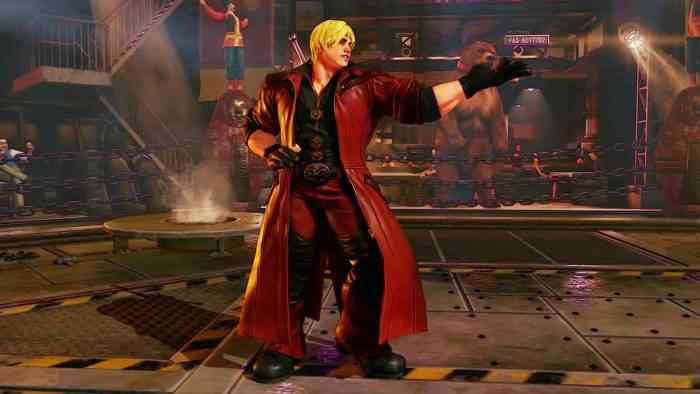 Ed’s costume is based on Nero, also from DMC4, and the central focus of the DMC5 announcement trailer. He’ll have Nero’s Yamato sword, and an alternate code removes Nero’s jacket, exposing his Devil Bringer arm. 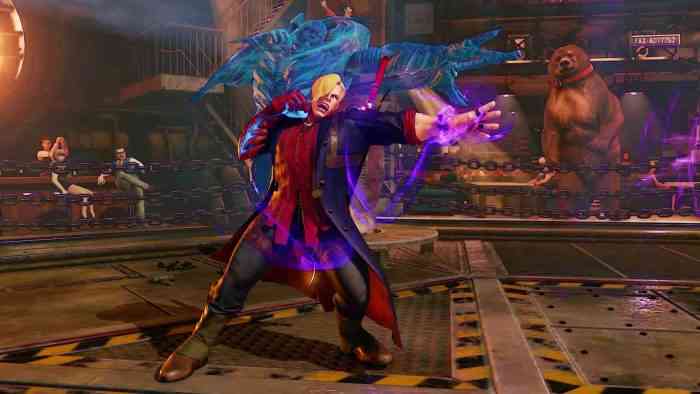 Both the Nero and Dante costumes can be purchased alongside the recently announced character Cody for $3.99 USD when the update drops this coming Monday.

Laura’s costume is based on DMC4 villain Gloria, with an alternate code replacing Gloria’s hair with Laura’s. The costume will only be available through playing the new Extra Battle Mode. 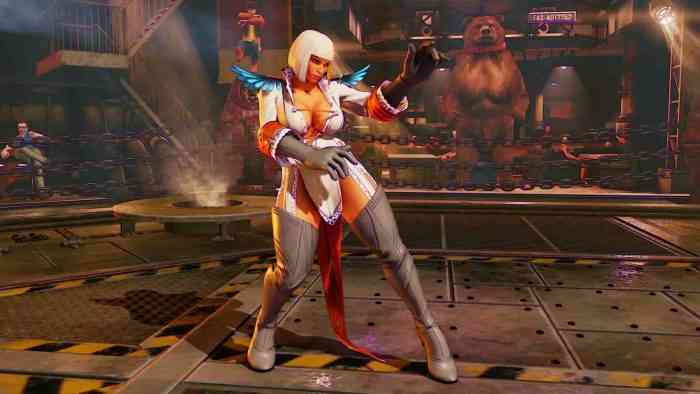 The other costume announced is based on Mega Man 2 villain Air Man for Rashid. No details were released on how to obtain it, but it’s being assumed that it will also be through Extra Battle Mode. 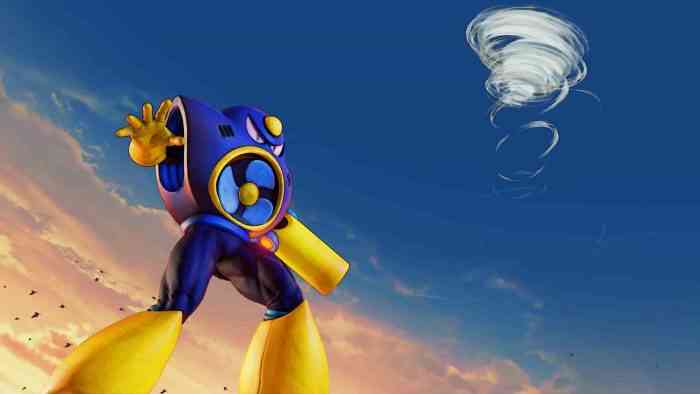 Speaking of which, Extra Battle Mode will be implementing four challenges per month, and unique skins will only be attainable by playing said mode with the in-game currency, Fight Money. Each challenge attempt will cost 2500 Fight Money, and are timed exclusives which may disappear at the end of their respective month.

This same update will implement a new loot box system called Fighting Chance. Menat opens her own Fortune Telling business, where players can spend 500 Fight Money to receive a “Fantasy Fortune Reading” that bestows players with random items, of which some will be exclusive to the new system such as new colors and rare costumes, like Cammy’s Cannon Spike. It’ll also include Battle Goods for Survival Mode, and “Classic pieces of Street Fighter art from across the series.” 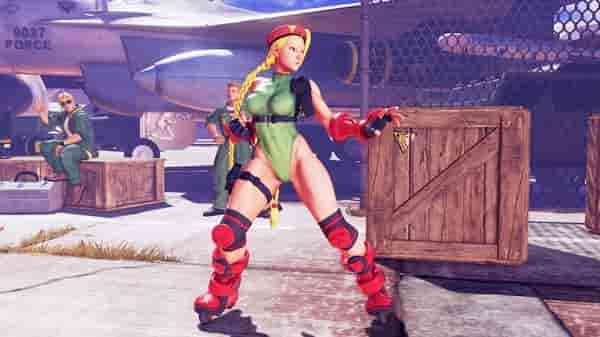 Naturally, fans have already begun to criticize the decision to include loot boxes and locking exclusive items behind them, claiming that it will make the grinding involved in amassing Fight Money that much more grueling. The update drops this Monday, June 25th.

What do you think of the new costumes and loot box system? Let us know in the comments! And be sure to check out our review of Street Fighter V: Arcade Edition as well as the recently released 30th Anniversary Collection!