Street Fighter has been a staple of the fighting game genre for what feels like forever. Capcom has decided to commemorate this rich legacy with the Street Fighter 30th Anniversary Collection. If you grew up playing any version of Street Fighter in 2D, this collection will have at least a few entries that appeal to your nostalgic sensibilities. My own childhood was peppered with various iterations of Street Fighter 2. Although, cards on the table, I’m not great at Street Fighter games. In fact, several years away from the fray have dulled my skills to a considerable degree. To that end, I spent most of my time bouncing from game to game, trying my hand as the various versions of Ken and Ryu that each installment offered me.

A critical caveat: I played the Nintendo Switch version of this collection. If you’re undecided as to which version of the collection you want, know that the Switch’s standard Joy-Cons are not conducive to use in fighting games. More specifically, those split-second directional inputs are sort of a nightmare on the Switch. I eventually settled on using the detached Joy-Cons, each one held at a crooked angle. Only with my fingers twisted up in this bizarre claw formation could I execute most moves with any success. I honestly don’t recommend it. As a second caveat of the utmost importance, I’m truly not great at these games. I got my clumsy mitts on a Pro controller, thinking it would improve my performance. The results were… decidedly mixed. I actually gave up and ordered a wireless SNES controller that’s compatible with the Switch. I have high hopes that one day I will be able to play fighting games on that system without giving myself early-onset arthritis. The collection is full of gems, however.

I have a serious weakness for the 2D animation style that defines Street Fighter III and the Alpha series. There’s something ephemeral about those games that reaches past my common sense and twists my system into electric knots. I’m so enamored by the aesthetic presentation at work that I’m slightly blind to any flaws. Thankfully, the mechanical end of these titles is smooth, polished and particularly satisfying. Some of the older games didn’t age as well, though.

Have you ever played the very first Street Fighter game? You can, thanks to this collection. And you will! Probably for at least seven to ten minutes. It’s really quite unpleasant, and the definitive low point of the collection. Actually, for me, the games get better with every new version. Working my way from title to title, I found them growing more and more responsive, fluid and fun. Although I can stay for hours in any of the Alpha versions, as well as all three iterations of Street Fighter 3. 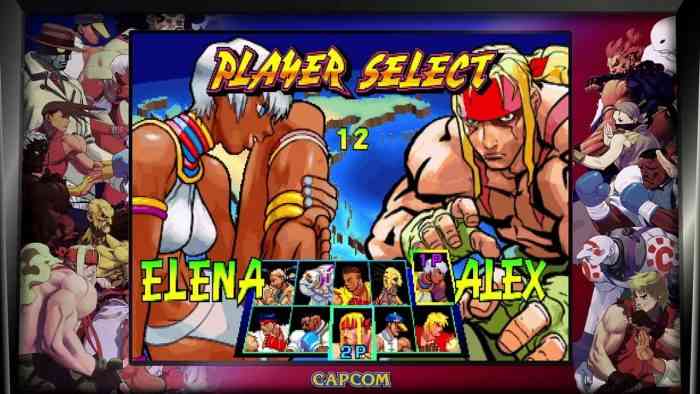 One downside to getting an early review copy of this collection is that the online landscape is kind of barren. Most of my versus time was spent battling my roommate for dominance of our living room. Great fun, though it’s not indicative of the match-up system’s efficiency or whether the lag is within acceptable parameters. There’s a training and versus section to mess about with, though the training mode (at least prior to release) is limited to four specific games. The online versus mode is also restricted to Street Fighter II: Hyper Fighting, Super Street Fighter II Turbo, Street Fighter Alpha 3 and Street Fighter III: Third Strike. It makes sense, as these titles represent the mechanical pinnacle of each era of Street Fighter.

‘Turbo’ Is A Misnomer

On a purely control-based level, these games feel amazing. Each title is supposedly balanced to arcade perfection, though all of my playtime with these titles when they first came out was with their console ports. To that end, I just can’t compare the finer points in that fashion. I know that each title feels just as it did when I played them years ago. Sadly, the arcade selection in my hometown was nothing short of abysmal. So I can’t verify this claim of arcade perfection. I have heard, on the other hand, that any tricks and flaws in these games are still present, at least at the time this review is being written. For example, Akuma’s first unofficial appearance in Super Street Fighter II Turbo is still around.

I’m torn about this collection. On the one hand, I love III and the Alpha series. They’re smooth, gorgeous games with amazing mechanics, cool characters and tons of competitive depth. On the other hand, I’ve got just, no time for the other six games in this collection. They’re slow, clunky and unpleasant. If you’ve got a heavy cache of childhood memories tied up with any version of Street Fighter II, you might get some more mileage out of those games. Ultimately, there will be two major factors that help you decide whether you’re buying this game. The first is the system(s) you have to grab it on. Some platforms are just better suited for fighting games than others. The second factor is how many of these games you have any attachment to whatsoever. For me, six out of twelve is pretty much enough to justify the price of entry. Grabbing each of those games individually, even on last-generation hardware, would still be pretty expensive. If you’re a die-hard Street Fighter acolyte, there’s no question about it: the Street Fighter 30th Anniversary Collection is a must-have. 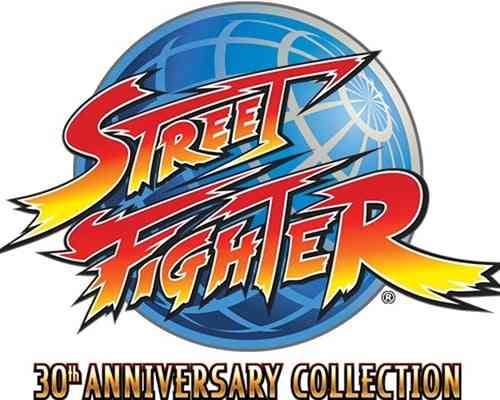 
“Prepare the Chickens” Says Xbox, In Most Unusual Teaser I’ve Ever Seen