What Could This New Game Be?

EA Motive, one of the developers behind Star Wars: Battlefront II, are currently hiring for a new Star Wars game. They’ve also opened a new studio in Vancouver, Canada. 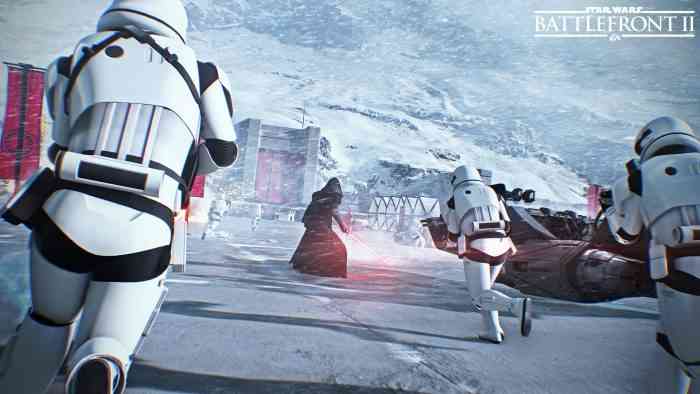 Mitch Dyer, one of the writers for Battlefront II, made the announcement about the new studio and the upcoming (but currently unnamed) Star Wars game on Friday.

“Montreal and Vancouver are hiring for Star Wars, Plants vs. Zombies, and new IP,” Dyer tweeted.

It should be noted that EA Motive is the studio that worked on Battlefront II’s single-player campaign so their upcoming Star Wars game could be a new single-player game.

Years ago, Disney and EA agreed to an exclusive publishing deal for Star Wars games. However, a rumor in February suggested that Disney is starting to regret that deal and wants out. They’re rumored to be looking at other publishers to replace EA such as Activision and Ubisoft.

Given how disappointing EA’s Star Wars games have been so far, it’s not implausible for Disney to be looking into or considering replacing them. However, EA is still involved with the IP since there’s a game being made by Titanfall developer Respawn Entertainment, a Battlefront III game possibly being on the way and this new game from EA Motive, so it doesn’t look like the deal is in danger of being cancelled any time soon.

Maybe these upcoming games being developed by EA can prove to Disney that this exclusive publishing deal was a good idea after all!

What do you think EA Motive’s mystery Star Wars game is going to be? Go ahead and speculate in the comments section below!