If you’re itching to get a taste of Death Stranding, you’re out of luck. But Deadly Standing, the new game from Hodeo Kojumbo, is probably the closest you’re going to get. The first-person shooter survival game somewhat resembles Death Stranding thanks to its dreary backdrop and dark creatures—although that’s pretty much where the similarities end. 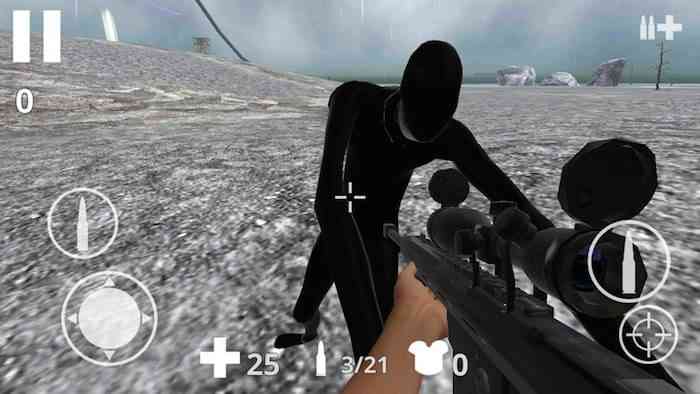 “You can finally try playing the great genius Kojumbo. Everyone knows Kojumbo genius. Therefore, the game is brilliant. There was a global catastrophe. The big explosion changed the familiar world and the water began to go away. All marine animals are stranded. Death spread all over the planet. There were strange dark creatures. The birth rate of children has stopped, but there is a small ray of hope in the form of a new child over the past many years.

Mankind will have to protect this child at the cost of his life. You’re a former prisoner and you have to take over this baton. You have a flask with a baby and you need to protect it from dark creatures. Survive, eliminate the danger, flee, hide. Find the necessary means for protection and movement. The car will make your life much easier.

Find out if you can solve the mystery game of the genius ‘Deadly Standing – A Survival Game.'”

The game itself lets you travel in a truck, shoot creatures (which don’t attack you), and—well, that’s pretty much it.

“Genius Kojumbo has outdone himself yet again,” one reviewer wrote. “Deadly Standing is a masterpiece plain and simple. You must protect the flask. The flask has a baby in it. An incredibly deep concept if you ask me. Trippy surreal visuals combines with epic shooting game play makes this a must play and a classic for.”

“I can’t believe it! Kojumbo is a fraud. I thought leaving Kunambi would be good for him and his creativity but this is so much worse than any of his other games. Boreman Fetus and Bads Fakkelsen are so bland in this. Very poor acting.”

Death Stranding currently has no fixed release date, so I guess this will have to do.

Top 10 Load Screens We Will Miss in the Jump to Next-Gen
Next
Summer Games Done Quick Raises Over $2m for Doctors Without Borders
Previous
Start Summer Off Right With These Hot PS4, Xbox One and Switch Game Deals