On Monday, Ubisoft officially revealed one of the two new operators they’re currently planning to add to Rainbow Six Siege, a PvP tactical FPS. Codenamed “Alibi”, this Italian counter-terrorism police officer has the ability to create deceptive holograms of herself.

Described as a “cunning woman with a gift for infiltrating dense networks of organized crime”, Alibi is a “Defender” character who can be very effective when used by skilled players.

“Picking Alibi is an invitation for a battle of wits with your opponents,” an official news post read. “This Defender is all about finding clever ways to force the Attackers’ hands. Any hesitation comes at a heavy price.” 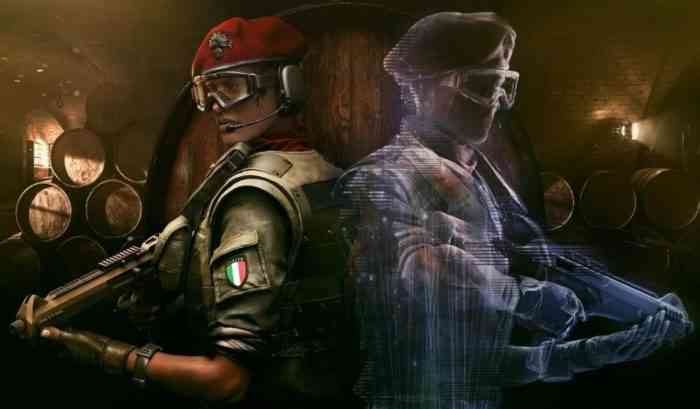 Last month, the existence of Alibi and another Italian operator codenamed “Maestro” was leaked on the Rainbow Six subreddit. Maestro still hasn’t been officially revealed yet but presumably he’ll be shown during an official Twitch stream that’s scheduled for May 20th.

The stream is planned to be a full reveal event for Siege’s upcoming Para Bellum update.

Rainbow Six Siege is available on the PC, Xbox One and PS4.

Sands of Time Remake Preorders Have Been Refunded
Next
Nintendo Files A TON of Trademarks Before E3
Previous
Shadows Die Twice NOT Bloodborne 2, Reveal at E3