According to this week’s issue of Famitsu, the upcoming Mega Man X compilation will be coming with some new content in the form of a new gameplay mode called X Challenge, which comes with its own fancy armor based on the Ultimate Armor from X4. 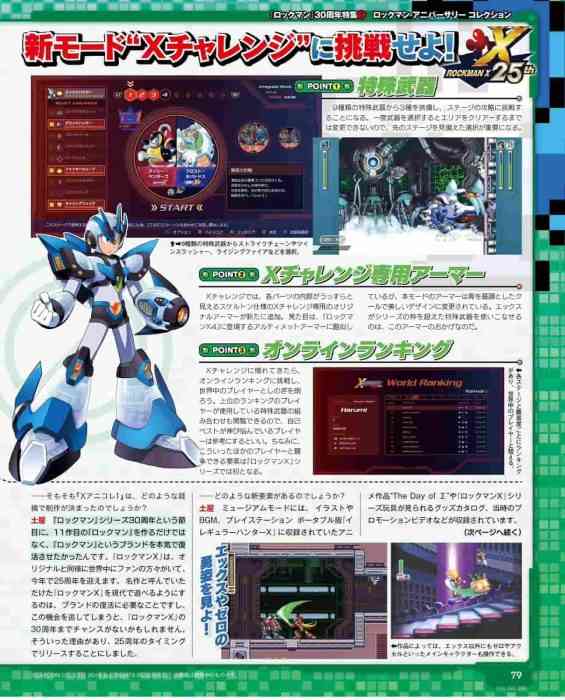 Each of the two Legacy collections will come with their own X Challenge (Vol.1 and Vol.2, respectively), allow players to fight two different Mavericks at once, and will have different stages depending on which version you’re playing (eg. Stage 1-3 in Vol.1 will be different from Stage 1-3 in Vol.2). Players can choose three special weapons from X1 through X6 out of the available nine, and you won’t be able to switch them until you’ve cleared an area. Different difficulty levels will impact whether or not your health replenishes, or if your remaining time will carry over, as you move onto the next stage. There’ll be a grand total of 27 stages, and come with an online leaderboard. 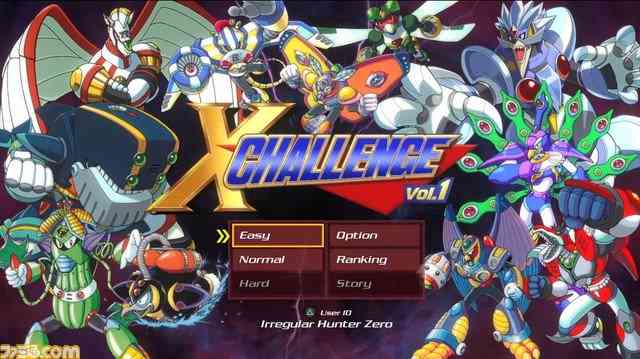 On top of all this, there’s also been a story mode revealed for X Challenge, but Capcom has yet to release details on that. Mega Man X Legacy Collection drops on PC, PS4, Xbox One, and Nintendo Switch this July 24th.

Are you excited for the X series Legacy collections? Let us know in the comments! While you’re here, why not check out our coverage of the Battlefield V reveal, and what Sony has to say about their potential future with portable gaming?


Street Fighter and Fortnite Coming to Magic: the Gathering