Rise of the Tomb Raider Comes to Mac This April

The macOS Version Will Include All the DLC

Rise of the Tomb Raider: 20 Year Celebration, the GOTY version of the second game in the current Tomb Raider reboot trilogy, is coming to macOS on April 12th, announced the port’s publisher Feral Interactive on Monday. You can view the official trailer for the macOS version  of the game below!

In Rise of the Tomb Raider’s singleplayer mode, players take control of Lara Croft, a young explorer who is trying to redeem her disgraced father’s name by finding an ancient civilization in Siberia and an item of mysterious power called “The Divine Source”. The game mostly takes place in Siberia and features several open-world hubs that have optional tombs to explore and side-missions for players to complete.

“Rise of the Tomb Raider’s huge, richly detailed environments combine with Lara’s versatile skills to give players an incredible sense of freedom,” said David Stephen, the Managing Director of Feral Interactive. “The peerless level design presents players with many varied and challenging ways to traverse the landscape and explore its frozen forests, crumbling ruins and ancient crypts.” 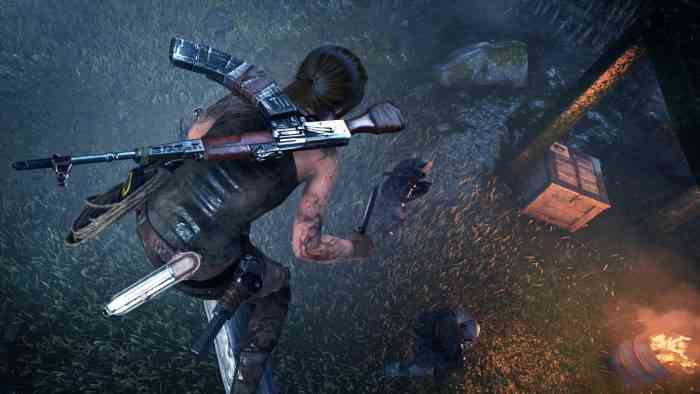 We reviewed the PS4 version of Rise of the Tomb Raider: 20 Year Celebration back in 2016. “There are a dizzying array of challenge missions, relics, documents for Lara to discover plus additional missions given to you by secondary characters,” wrote our reviewer. “If you stick to the main storyline you can expect to log about fifteen to twenty hours. Tackling all the side quests and you are looking at thirty-five to forty hours of game time.”

The upcoming Mac version of Rise of the Tomb Raider: 20 Year Celebration is currently available for pre-order on Steam and at the Feral Store.