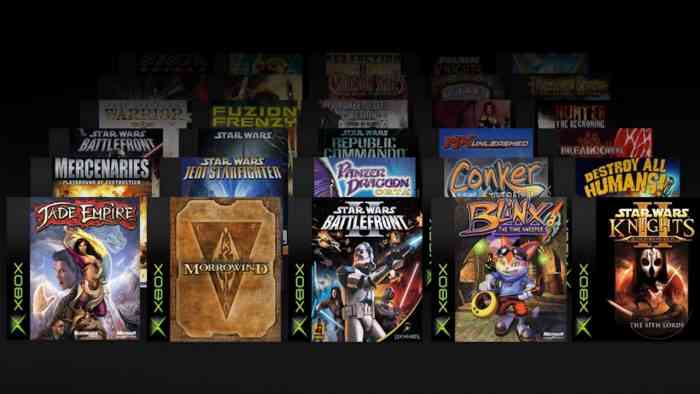 Microsoft is planning on rolling the games out in two waves, the first on April 17th and the second on April 26th. This brings the total of original Xbox games playable on Xbox One to 32. The original 13 launched late last year.

The games releasing on April 17th are:

On April 26th, the games releasing are:

On a similar note, Microsoft also revealed that six Xbox 360 games that are already backwards compatible will receive an Xbox One X enhanced update. Those games are Red Dead Redemption, Portal 2, Star Wars: The Force Unleashed, Sonic Generations, Gears of War 2, and Darksiders II. Enhanced Xbox One X games offer improved pixel counts and colour depth. Patches for all six games should be available now on Xbox One X.

Are you excited to replay any of the games from the lists above? If so, feel free to leave a comment below.

Away: The Survival Series Shares 13 Minutes of Playable Nature Documentary
Next
Stardew Valley’s Multiplayer Mode “Should Be Ready in About a Month”
Previous
EA Sports NHL 18 Makes a Bold Prediction for the Winners of the Stanley Cup Playoffs