The Elder Scrolls III: Morrowind Has Appeared on the Xbox Marketplace

New Listing Indicates the Original Morrowind for This Generation

Fans of the legendary Elder Scrolls series may have reason to rejoice, thanks to what looks like a leak on the Xbox Marketplace. A new listing gives us reason to believe that The Elder Scrolls III: Morrowind will soon be re-released for the new generation of console. 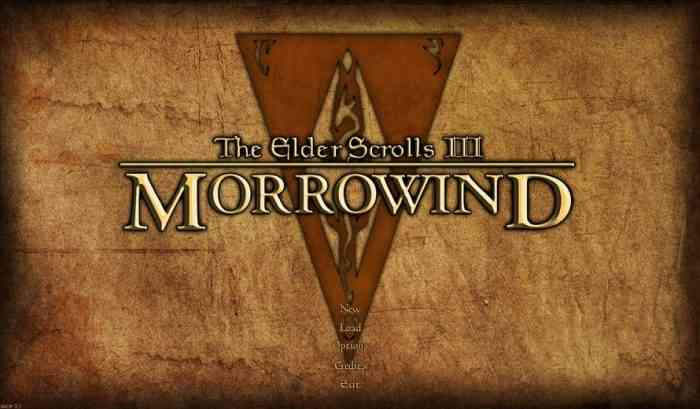 Now present for all to see, the listing for The Elder Scrolls: Morrowind was spotted first by Kameleons.it. It’s visible on the US Xbox Marketplace, but there is no real information beyond the original description. Worth noting, however, it’s the Game of the Year version, and it looks like a title that will be made available via Backward Compatibility. This makes sense since The Elder Scrolls Online expansion released at the end of last year. With the MMO version released, many more fans may be liable to dive into the original. Either way, huge fans of the third installment may be dying to dip their hands back into the wells of the Dunmer.

Further, the listing came with a release date but no price tag, and the release date is for today. Thus, I suspect there will be an announcement from Microsoft soon. Stay tuned for any updates as they come, and let us know – Do you believe The Elder Scrolls: Morrowind will join the Xbox One’s growing list of Backward Compatible titles? Comment your thoughts below.

The Elder Scrolls III: Morrowind Game of the Year Edition includes Morrowind plus all of the content from the Bloodmoon and Tribunal expansions. An epic, open-ended single-player RPG, Morrowind allows you to create and play any kind of character imaginable. You can choose to follow the main storyline and find the source of the evil blight that plagues the land, or set off on your own to explore strange locations and develop your character based on their actions throughout the game. Featuring stunning 3D graphics, open-ended gameplay, and an incredible level of detail and interactivity, Morrowind offers a gameplay experience like no other.