Gwent’s Shortcomings Are Not Going Unnoticed

Developer CD Projekt Red is committed to continuously improving Gwent: The Witcher Card Game. Co-CEO Marcin Iwiński and the rest of the developers at the studio recently outlined their six month plan to improve the game for its official release date later this year. 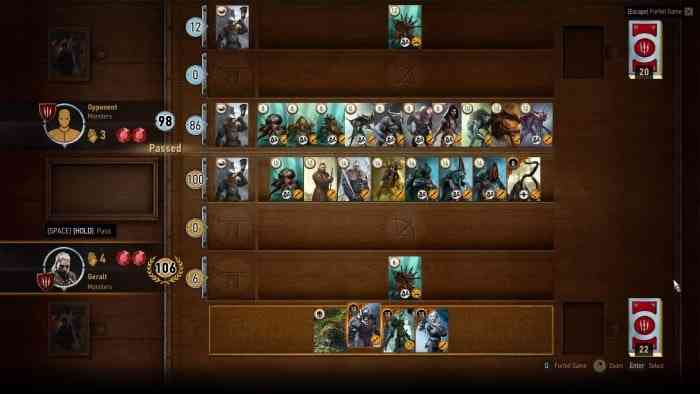 The six month period is referred to as “Homecoming,” which will begin with the addition of premium cards and customizable faction-themed playing boards in April. In May, a balance batch arrives that aims to fix the game’s “create” ability, which has come under fire for being overpowered.

After this is the launch, which marks the beginning of the “Thronebreaker” period. This is the launch of the single player campaign that will deliver a story from the Witcher universe.

Here’s an excerpt from their open letter:

“We want GWENT to kick some serious ass and reignite your passion for our beloved CCG. We would like to ask you for your trust and patience. We need 6 months of fully-focused development to deliver what we’ve planned. Aside from standard season transitions and events like Faction Challenges or Warped Arena rulesets, we will release only two updates during this time. One in April — it will introduce the missing Premium Cards as well as faction specific board skins — and one in May, which will balance out the game (Wardancer included) with a new approach to “Create”. Six months is a long time, however, on the flip side, after Homecoming concludes, we will go out of beta and release Thronebreaker at the same time. Don’t worry about your progress, once Homecoming is complete, for a limited time, you will have the ability to mill all of your cards for their full value. Regarding our esports activities, for now, our calendar is not changing.”

Gwent: The Witcher Card Game is set for release sometime later this year.