On a Kotaku podcast, Insomniac Games’ CEO Ted Price said that they had the choice of any superhero from the Marvel Universe, but ultimately chose Spider-Man. 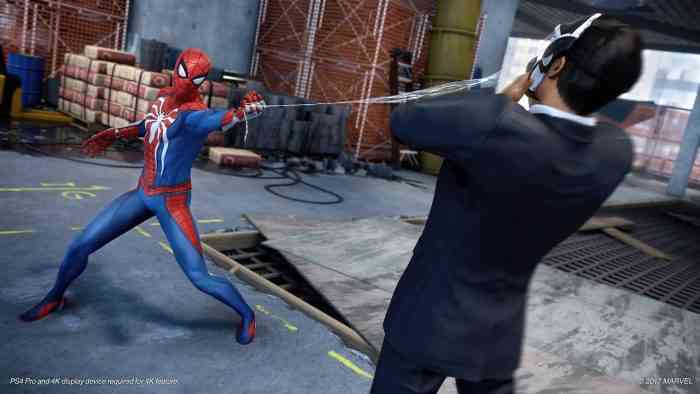 “Long story short: Sony came to us and asked if we wanted to work with Marvel,” he said. “Sony and Marvel let us decide what character/universe we wanted to make a game based on. We chose Spider-Man”.

The open-world game is set to release on the PlayStation 4 sometime this year. In a bit of a unique move, players won’t be able to kill anyone. The game will also be a strictly single-player experience, which is also a deviation from the route that many developers are taking these days.

“It’s certain scenarios we’ve put him in, certain abilities he’ll do during combat to prevent people from dying,” said creative director Bryan Intihar. “So whether it’s about deciding where stuff gets placed or how it unfolds, Spider-Man’s not gonna be killing people. That’s not the game we want to make.”

The team is also focusing on creating a living, breathing world where civilians do their jobs and shop for groceries in between the action. And sometimes, you’ll have to help civilians within this world get out of trouble.

“We don’t want you to feel like you’re beating up guys just for the sake of beating up guys,” Intihar said. “We do have scenarios where there aren’t civilians around, but we also want to push the feeling of being a hero in New York City. Spider-Man is its protector. Whether someone’s calling him a menace or not, he feels responsible for it.”

Intihar says that kind of open-world exploration and combat will be the focus of the game, as opposed to quick-time events and story scenes.

Spider-Man will be released exclusively for the PlayStation 4 sometime this year.